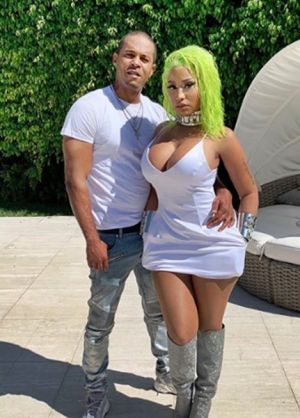 *Nicki Minaj may not have found her happily ever after with husband Kenny Petty, as rumor has it the two have called it quits after less than a year of marriage.

Fans have also pointed out that the rapper’s display name on Twitter is no longer Ms. Petty, as she has changed it to the title of her latest single.

According to Rhymeswithsnitch, one of Kenny’s friends reportedly spilled the tea about the split on Instagram Live. However, the friend apparently didn’t state the reason why Nicki and Kenneth’s marriage fell apart.