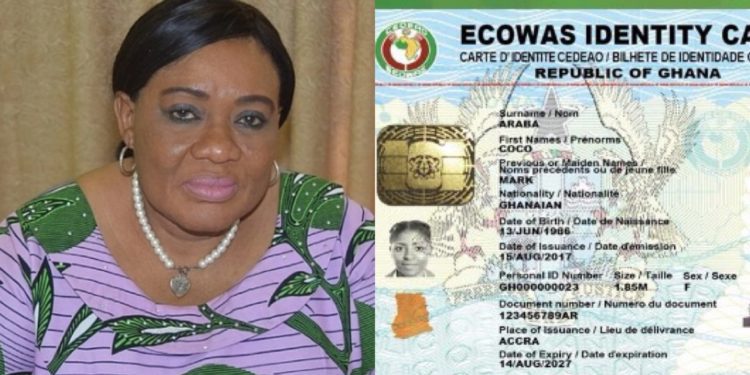 The National Coordinator for the Ghana School Feeding Programme, Gertrude Quashigah says her secretariat is taking steps to fully digitise the program in its bid to tighten loose ends.

According to Mrs Quashigah, caterers would henceforth be required to produce the National Identity Card (Ghana Card), as a prerequisite for contracts to be awarded to them.

Aside from tightening the loose ends at the local level of the programmes, it would also address issues such as ‘double cooking’ and ‘ghost cooking’.

Digitisation of the programme, she mentioned, would streamline the processes involved including, payment, validation, the flow of information and performance of caterers and inject some sanity.

She explained that the switch from manual to the digital method of operating of the Programme which is being championed by the Office of the Vice President, would also ensure transparency and accountability.

Mrs Quashigah in another interview with the Ghana News Agency (GNA) mentioned that with support from World Food Programme (WFP), a country countrywide Farmer Based Organisations Database aimed at boosting domestic food production had been set up for the first time in the history of the Programme.

She said donors especially the WFP, had supported the SFP to organised a series of nutrition and innovative training for caterers and head cooks in 11 out of the 16 regions between 2019 and 2020 to enhance the use of alternative sources of protein and local foodstuffs.

She said the caterers were trained on how to use green leaves such as nkontomire, cassava leaf, potato leaf, ayoyo and other local spices such as ginger, onion and garlic, which were less expensive and could be found in their communities to prepare different meals.

The programme, she said, had increased school enrolment, attendance and retention.