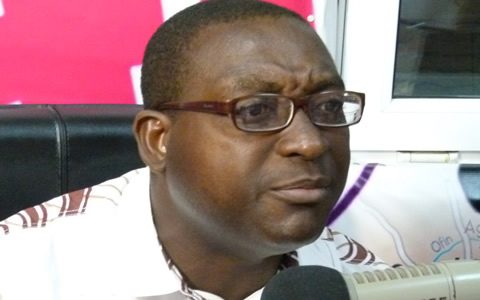 55
SHARES
306
VIEWS
Share on FacebookShare on TwitterShare on WhatsApp

The Director of Communications for the governing New Patriotic Party (NPP), Yaw Buaben Asamoa has said there is nothing to apologize for, following the decision of the government to go to the International Monetary Fund (IMF) for support.

He said the announcement of the decision was candid, truthful and deserves the respect and support of Ghanaians.

Speaking on the New Day show on TV3 with Johnnie Hughes Monday, July 4, he said “it can’t be more truthful, it can’t be more candor than the announcement of the decision to go the IMF. Post that announcement, there is very little you can hide because the nature of the engagement with the IMF is very open, the programme that will be designed will be public knowledge, the assessment on which the programme will be based will be public knowledge .

“If it comes to engagement with our brothers from the NDC then you have an interesting situation … I think they will have their day but it is not about an apology. There is nothing to apologise about because much as, many of us believed, several Ghanaians still believe, some people in the NPP also believe, that it is possible we would develop a home-grown programme rather than go under a programme with the IMF because we have an Article 4 relationship with them

“It is the time that the direct momagers of the economy, His Excellency the President has decided that in interest of the public good it is better we go under a formal programme and I think that decision deserves our respect and support as a nation.

His comments come after the National Communications Officer of the NDC, Sammy Gyamfi, has demanded an unqualified apology from the government for the “excruciating hardships they continue to impose on the Ghanaian people”.

According to the NDC executive, despite the current government being the most-resourced in the history of the Fourth Republic, it has not been able to sustain the economy but rather gone to the International Monetary Fund (IMF) for a bailout.

He insists that if the NDC, led in 2015 by John Dramani Mahama, had the same resources like the New Patriotic Party (NPP), they would not have gone to the IMF.

“The attempt by NPP communicators to equalize and rationalize the decision of the Akufo-Addo/Bawumia government to go for an IMF bailout is pathetic and ridiculous to say the least,” he wrote on Facebook on Saturday, July 2.

He said the current administration had access to more oil revenue, tax revenue and borrowed funds than any other government in the current Republic.

“In all, they have had access to over GH¢500 billion in total revenue as compared to the about GH¢200 billion that accrued to the NDC/Mahama government.”

For him, he said the decision announced to seek an IMF bailout is because the government “wasted all the unprecedented revenues that have accrued to them on consumption, profligacy and corruption”.

“Today, posterity has exposed their hypocrisy, deceitfulness, recklessness and emptiness.

“The least they can do under the circumstances is to bury their arrogance, swallow their pride, accept responsibility for the mess they have created, accept that they have been useless in the manner they have mismanaged the economy and apologize for the excruciating hardships they continue to impose on the Ghanaian people.”

He said the government should eat humble pie and to continue defending the state of the economy “will only expand the bottomless pit they have plunged themselves into”.

“Leadership that accepts responsibility and shows sensitivity to the plight of the people is what Ghanaians yearn for in a time like this and not the puffed up arrogance and intransigence this government continues to display.”