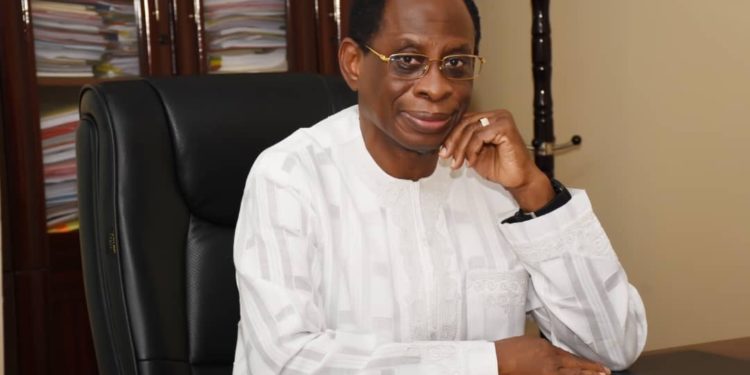 122
SHARES
680
VIEWS
Share on FacebookShare on TwitterShare on WhatsApp

Dr. Kofi Konadu Apraku, a leading member of the governing NPP, has indicated that the implementation of the Electronic Transfer Levy, otherwise known as E-Levy, will go a long way to affect the governing party.

Speaking in an interview with Joy News, the former Trade and Industry Minister stated that direct taxes on individuals can be sometimes destructive.

He said, the basic economic principle behoves the government to direct businesses to generate resources.

Dr. Apraku explained, “the government should tax businesses to generate resources. Individuals’ direct taxes such as this can sometimes be very very destructive, even the business. It is a basic economic principle that the lesser you tax the business and the government reduces its expenditure the better off it is for the nation.”

He added, “In the final analysis, it is the business that can carry the government. So, higher taxes are not desirable as an economic standard. The lower the taxes the greater the prospects for better growth…we are politicians and in the final analysis, the people are the ones who will give their verdict, if it’s as bad as people think it is and NPP insists on it, NPP will pay a big price…whatever be the case, government must expand its tax net for the corporations i.e. the bigger companies because they are the ones that are powerful and they are the ones that all things being equal evade taxes.”

“The little ones need protection so, whatever mix that you have, the greater burden ought to be born by the private sector…”