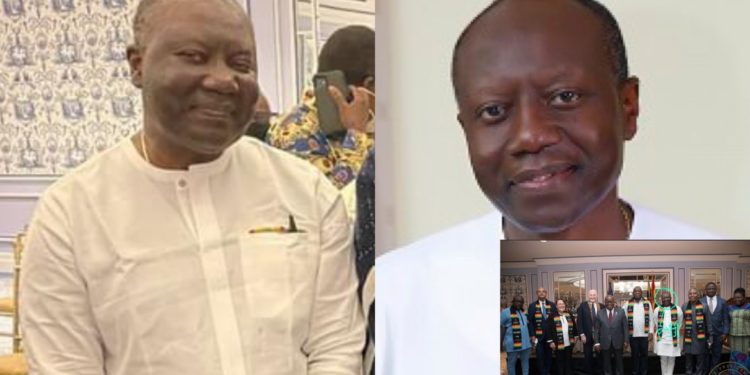 66
SHARES
369
VIEWS
Share on FacebookShare on TwitterShare on WhatsApp

The Member of Parliament (MP) for North Tongu has called on Parliament to initiate processes to remove Finance Minister, Ken Ofori-Atta from office.

Samuel Okudzeto Ablakwa said this has become necessary due to his supervision of some unbudgeted funds that were released towards the construction of the National Cathedral.

The NDC MP was speaking in relation to his latest allegation that the Minister in 2020 released an amount of GH¢142 for a supposed “planned activities” around the project.

This release, he said, was done upon the request of the Chief of Staff at the Presidency.

On October 29, 2020; Ken Ofori-Atta at the request of President Akufo-Addo’s Chief of Staff, Frema Osei Opare, authorized the release of a gargantuan ¢142.7million for the National Cathedral.

Mr. Ablakwa believes these are serious crimes which should compel Akufo Addo to remove Ofori Atta his cousin from office as the finance minister.

Ofori Atta’s reign as finance minister has been all about borrowing and blowing cash because his company gets a share from every loan he pushes Ghana to take.