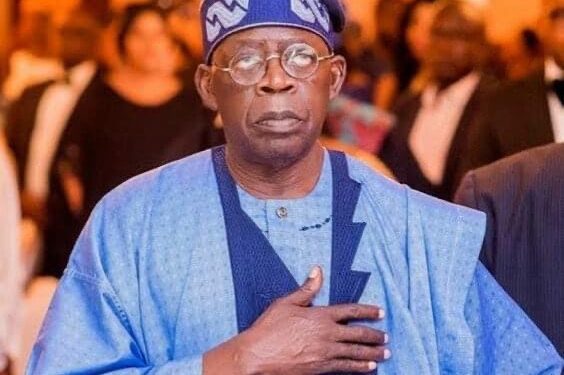 43
SHARES
240
VIEWS
Share on FacebookShare on TwitterShare on WhatsApp

The National Leader of the All Progressives Congress, Bola Tinubu, has emerged as the winner of the party’s presidential primary.

They asked their supporters to vote for Tinubu, just as the only female aspirant, Mrs Uju Ken-Ohanenye, followed suit.

Pastor Felix Nicholas, the United States of America-based aspirant also stepped down and asked his supporters to vote for Osinbajo.

A candidate, Chukwuemeka Nwajiuba, immediate past Minister of State for Education, was conspicuously absent at the convention.

The PUNCH had reported that selected members of the APC had gathered to choose the party’s candidate for next year’s election to replace the President, Major General Muhammadu Buhari (retd.).

Tinubu will face 75-year-old Atiku Abubakar of the opposition Peoples Democratic Party among others in the February 25 presidential election in Nigeria.

Buhari, who is stepping down after the two terms he is allowed in the constitution, had spent days leading up to the convention in negotiations with the APC’s leaders seeking unity over a party candidate.

“The fate of the party depends on what we do here,” APC party chairman Abdullahi Adamu said, echoing Buhari’s call for unity in the ranks.

“We cannot go into the general election next year without putting our house together.”

Ghanaian Muslims to pay a whopping GH₵39,000 to attend 2022 Hajj under a Muslim Vice President

Ghanaian Muslims to pay a whopping GH₵39,000 to attend 2022 Hajj under a Muslim Vice President