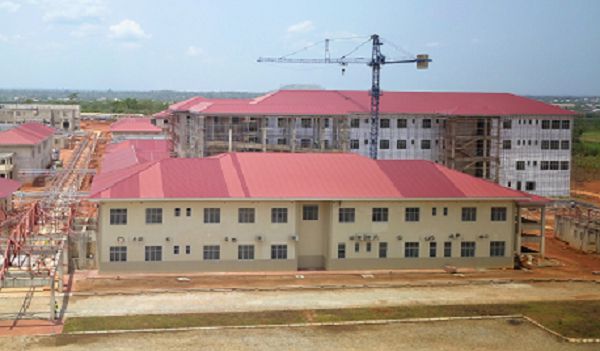 129
SHARES
717
VIEWS
Share on FacebookShare on TwitterShare on WhatsApp

Ultra-modern oxygen cylinders and medical equipment worth over US$38 million are left to rot at the abandoned Afari Military hospital in the Ashanti Region.

The hospital is a 500-bed facility which according to media reports was expected to be completed in December 2018. However, the expectation was not met.

In February 2021, the then minister-designate for Defence, Dominic Nitiwul, while answering a question about the delay of the completion of the project, told the Appointments Committee that works on the main facility was almost completed.

He assured Ghanaians the project would be ready in March or April 2021. Even though the contract for the project was signed in 2008, construction commenced in 2014. As of Tuesday, August 31, 2021, the facility is still not ready to be used.

Host of Onua Maakye, Captain Smart revealed that key amongst the equipment are some Magnetic Resonance Imaging (MRI) machines meant to be used at the Children’s Hospital.

An exclusive video aired on Onua TV showed the medical equipment and machines under the mercy of the weather on the premises of the facility and partly covered by weeds.