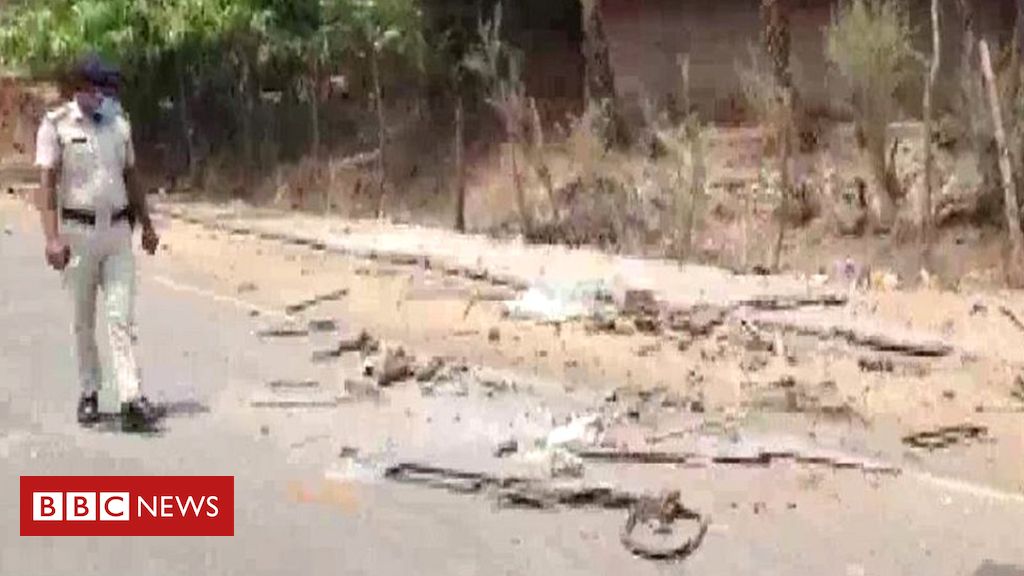 More than 100 people have been arrested for allegedly beating three men to death in the western Indian state of Maharashtra.

The incident happened in Palghar district on Thursday but a video of the attack went viral on Sunday.

Reports say the men, who were reportedly mistaken for thieves, were going to a funeral when the mob dragged them out of their car.

India has been under lockdown since 25 March to curb the spread of Covid-19.

Among the dead are two Hindu godmen and their driver.

The viral video shows the mob lynching the men as police struggled to rescue them. The mob reportedly suspected that the men were child abductors.

Attacks over child abduction rumours have happened in the past in different parts of the country.

Maharashtra Chief Minister Uddhav Thackeray said that strict action would be taken against the culprits.

Former Maharashtra chief minister Devendra Fadnavis said the incident showed that the government was not in control of the law and order situation in the state.

Several Hindu groups have also criticised the incident and raised questions over the lockdown measures in the state.

Meanwhile, Maharashtra home minister Anil Deshmukh said there was nothing communal about the incident.

He added that the victims and the attackers belonged to the same religion. His statement came after several posts on social media tried to stoke religious tensions over the attack.

The party of death is unsatisfied with current death rate, teams up with virus for more death

The party of death is unsatisfied with current death rate, teams up with virus for more death