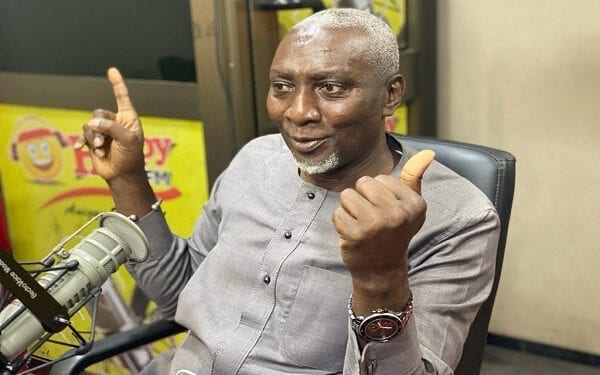 Globally Certified and Experienced Diplomatic and Investments Consultant, Farouk Al-Wahab, has asked the government to invest the amount of money for the Population and Housing Census into creating jobs and better opportunities for the unemployed youth.

The Expert in International Relations, Africa / World Politics and Governance speaking on Nyankontotn Mu Nsem on Rainbow Radio 87.5Fm that all the population census we have organised in the country produced fake figures.

He opined that the communities that are deprived and need support and it would be prudent for the government to put the resources for the 2021 census in creating new opportunities for Ghanaians.

He admitted that the census is good, however, in Ghana, we have not properly conducted valid data collection through the census conducted in Ghana.

Farouk Al-Wahab said statistically, we do have clear data on our population, as compared to the serious countries.

He argued the number usually presented to Ghanaians by our state institutions are not the true reflection of the population in the country.

He alleged that our authorities suppress the figures during the exercise and when that happens, you do not get a clear picture to plan the country.

According to him, he was not counted in the last census.

“I was not counted. The census team did not come to my house and so, where do they get their figures from? It means that the money that goes into Population Census is massive and huge but it is a complete waste. The numbers they release is fake”.

“If you have money to conduct a Population Census then I am saying to you that we have hospitals to develop and revamp. We have health issues because a sick nation cannot develop. We don’t need to be counted. Those who sleep outside are more than those who live in residential facilities. How do you count these people,” he said.

Finance Minister, Ken Ofori-Atta has disclosed that the 2021 Population and Housing Census (PHC) will cost the country GHS 521 million.

Out of this amount, the government has raised and disbursed GHS 467 million for the start of the exercise.

The Minister speaking at a forum in Accra some few days ago, said: “Of the budget of GHS 521.3 million, the government has already disbursed GHS 467.2 million for the conduct of the 2021 Population and Housing Census. We will continue to ensure that the needed funds are provided to ensure a successful implementation.”