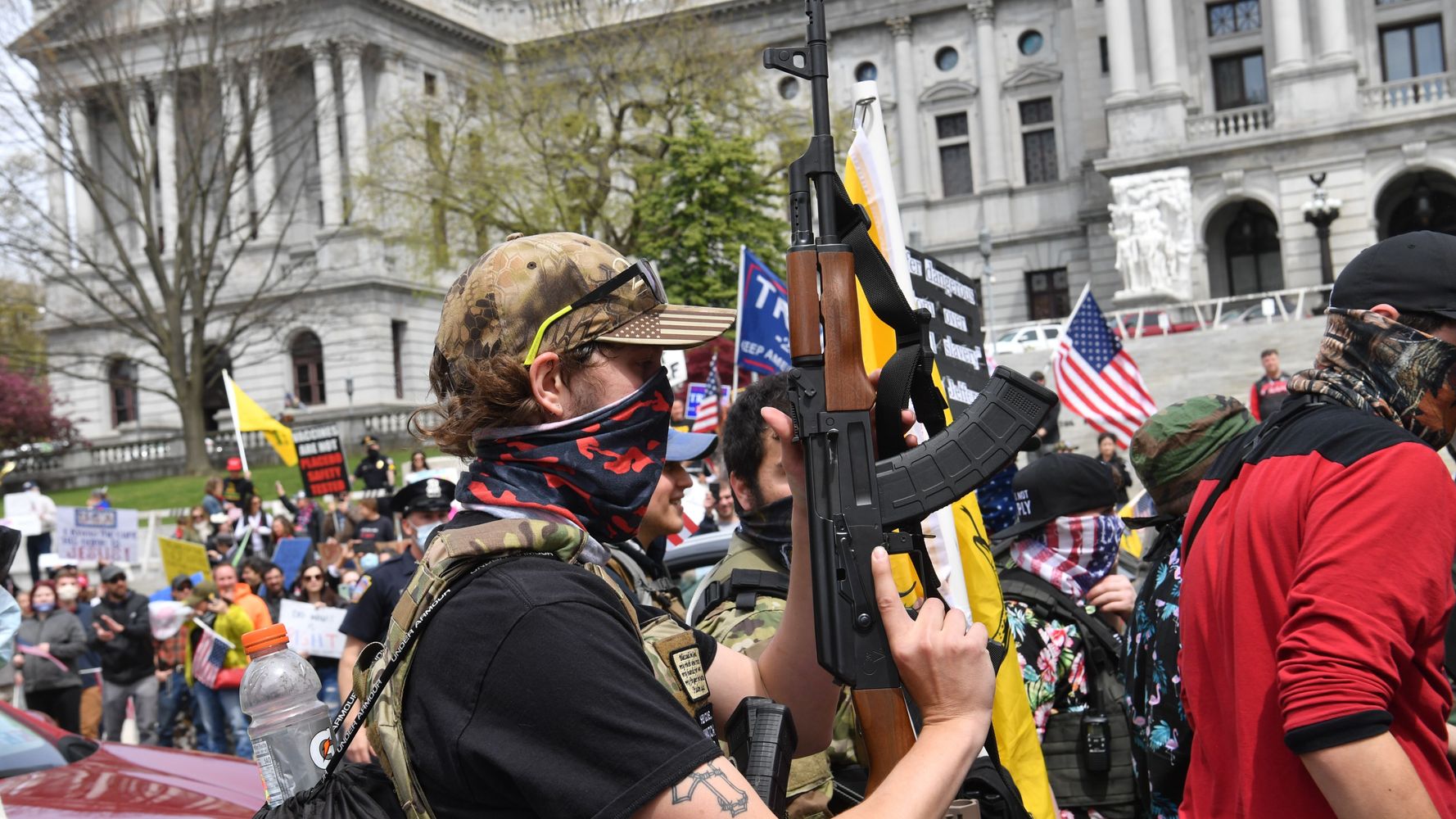 Earlier this month, a number of small Facebook groups around the U.S. called for protests against social distancing measures enacted to stop the spread of the coronavirus. They had only a few members, limited engagement and appeared largely uncoordinated.

Now, weeks later, anti-lockdown protests are in cities across the United States and have drawn national attention as they undermine public health officials urging citizens to stay home and experts who warn that such gatherings could cause a spike in COVID-19 cases.

More rallies are scheduled in the days to come, and the array of Facebook groups opposed to social distancing has grown to include hundreds of thousands of members.

What has changed in just a brief period of time is that a network of right-wing media outlets, powerful conservative activists and President Donald Trump have all championed the demonstrations and helped their organizers grow the movement ― giving relatively small and widely unpopular protests an outsized platform and influence.

The surge in protests is a recent trend, and most of the Facebook groups organizing the rallies didn’t exist even two weeks ago. Apart from in Michigan and Washington state ― where anti-lockdown protests drew a few thousand people ― the rallies have tended to attract only several hundred people.

The majority of Americans oppose the demonstrations and only around 23% support them, according to a recent CBS/YouGov poll conducted between April 20 and 22. A Yahoo/YouGov poll conducted between April 17 and 19 found similar results, with support for the protests at 22%. It also found only 7% of Americans, including 13% of Republicans, believe that Trump should encourage the protesters. Both polls showed that the majority of Americans are more concerned about opening the country too quickly than too slowly.

But despite the protests’ general unfavorability and fringe nature, right-wing media has repeatedly promoted them and given them heaps of laudatory coverage.

Fox News ran 91 segments on the protests for over six total hours of coverage between April 13 and April 20, according to an analysis by the liberal nonprofit group Media Matters For America. These segments repeatedly included interviews with protest leaders and members of law enforcement who said they wouldn’t enforce lockdown measures, as well as graphics that showed the locations or start time of some events. Pundits often praised and encouraged the protests, presenting them as expressions of freedom and patriotism rather than threats to public health.

“The American spirit is too strong, and Americans are not going to take it, and what happened in Lansing [Michigan] today, God bless them, it’s going to happen all over the country,” Fox News host Jeanine Pirro said.

Outside of Fox News, far-right media activists directly helped plan protests and create anti-lockdown groups. Owen Shroyer, a host at conspiracy theory website InfoWars, was an early organizer and drew hundreds of people to a rally in Austin, Texas. Right-wing radio host Rush Limbaugh touted the protests to his millions of listeners, calling for the U.S. to reopen.

Fox News and other right-wing outlets’ early coverage of the protests gave an enormous platform to what were still fledgling groups at the start of last week, and that coverage was likely the catalyst for Trump’s tweets encouraging the demonstrations. Around two minutes after Fox News aired a segment on the protests in Michigan, Virginia and Minnesota on April 17, Trump posted a series of tweets that included “LIBERATE MICHIGAN,” “LIBERATE VIRGINIA” and “LIBERATE MINNESOTA.” After Trump’s tweets, researchers monitoring Facebook groups promoting the demonstrations quickly saw a spike in activity.

“It took it to entirely new levels. All the pages we had been monitoring, they started ticking up in membership, ticking up in engagement,” said Diara J. Townes, a research reporter at First Draft, an organization that monitors online misinformation. The protests are overwhelmingly pro-Trump, and in recent days, the anti-lockdown Facebook pages have seen an increase in conspiracies that the social distancing measures are a ploy by Democrats to steal the presidential election.

Along with right-wing media, conservative political groups have also worked to amplify and organize demonstrations. An initiative called the Convention of States ― which has received funding from Robert Mercer, a billionaire Republican megadonor and backer of the far-right media outlet Breitbart ― has poured its resources into the protests and paid for anti-lockdown Facebook ads. Right-wing activist groups including Freedom Works and Tea Party Patriots have worked to expand the protests and dedicated employees to helping the cause. A group of pro-gun, anti-abortion activist brothers with a history of profiting off conservative causes was behind yet another series of state-specific groups that called for anti-lockdown rallies, according to investigations by The Washington Post and NBC News.

The role of Fox News and conservative action groups in mobilizing these protests echoes the wave of Tea Party protests that emerged in 2010. Fox effectively acted as an advocacy organization for those protests, and the network’s coverage helped set the debate around the movement, while conservative political groups tried to stoke grassroots grievances for their own benefit.

Far-right extremist groups and armed militias have also attended or helped organize some of the anti-lockdown demonstrations, including at a rally in Maine where a white nationalist former lawmaker encouraged protesters to show up in MAGA gear, and a Florida protest created by far-right street gang The Proud Boys. Rallies have featured Confederate flags and anti-vaccine conspiracy signs, as well as threats of a second civil war.

But right-wing media’s coverage has ignored the powerful political groups and conspiracy theorists pouring gasoline on these protests, instead falling back on their common populist trope that somehow a corrupt group of elite Democrats and the media is ignoring the will of the people.

“Thank you for exercising your constitutionally protected rights as an American,” Fox News host Tucker Carlson, who has condemned lockdown measures as “authoritarian,” told a rally organizer. “Bless you.”