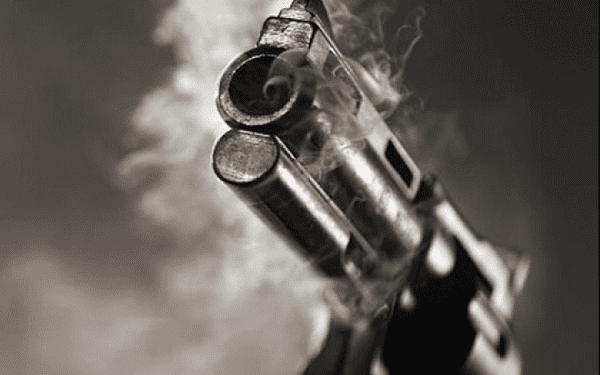 10
SHARES
55
VIEWS
Share on FacebookShare on TwitterShare on WhatsApp

A mobile Money vendor has been shot dead by a suspected armed robber at Okorase near Koforidua the Eastern Regional capital.

He was reportedly walking home with his friend when they were attacked by the robber and run helter-Skelter.

The friend however escaped unhurt.

According to a witness Mohammed Shaibu, he heard gunshots while in his room but few minutes later he saw the victim running into his house shouting for help but came to see the victim lying in a supine position in a pool of blood wearing black shorts with a white shirt and gunshot wounds on the chest.

Two black backpacks containing cash of ghcGhc8,290.30, one HP Laptop with charger, one Infinix Mobile Phone, one Itel Mobile phone, one Android mobile phone, two small itel mobile phone ,on pendrive ,a modem,earpiece ,and some bank documents were found lying beside the victim.

Police visited the scene upon receipt of the information. After taking inventory of the crime scene he was conveyed to St.Joseph Hospital where he was confirmed dead by the medical doctor on duty Dr. Benjamin Sam.

His body has been deposited at the morgue of the same Hospital.