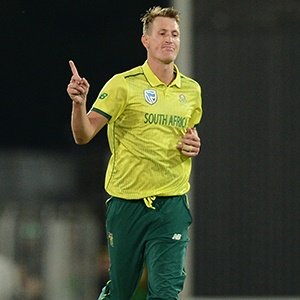 With India having extended its lockdown period as the fight against the coronavirus continues, the IPL was naturally pushed back again on Wednesday.

The 2020 edition of cricket’s most lucrative product was due to get underway on 29 March and was then suspended until 15 April, but the latest word is that it has now been postponed indefinitely.

The nature of the coronavirus outbreak means that it is incredibly difficult to predict when world sport will return to something resembling normal, but with heavy restrictions on international travel unlikely to be lifted soon, more events planned for 2020 are expected to fall away.

The economic ramifications are naturally immense, with salary cuts being employed all over the world, but in the case of the IPL the blow is even more devastating.

For many players, this window in the cricketing calendar is their biggest annual pay day.

In South Africa’s case, the money players earn in the IPL is crucially important because Cricket South Africa (CSA) cannot afford to pay its nationally contracted players as much as other countries. The CSA leadership accepts that the IPL is a means of bridging that gap.

While South Africa’s contracted professional cricketers can be relatively comfortable in the fact that they will earn salaries up until the end of the 2020/21 domestic season, the loss of the IPL money would hurt.

Chris Morris, for example, is no longer a contracted Proteas or Titans cricketer and, as a free agent, was signed for R20 million by the Royal Challengers Bangalore for this year’s IPL.

Dale Steyn netted around R4 million from the same franchise while David Miller was drafted by the Rajasthan Royals.

If IPL 2020 does not go ahead, however, then the players will miss out completely. The players receive their money in two payments – one before the tournament and one after – but payment has always been dependent on the tournament actually taking place.

For any players who have made a career out of the international T20 roadshow, where lucrative tournaments are played all over the world throughout the year, how the coronavirus will impact the immediate future will be of concern.

Why are some grocery store shelves bare? It’s all about the supply chain

Why are some grocery store shelves bare? It's all about the supply chain