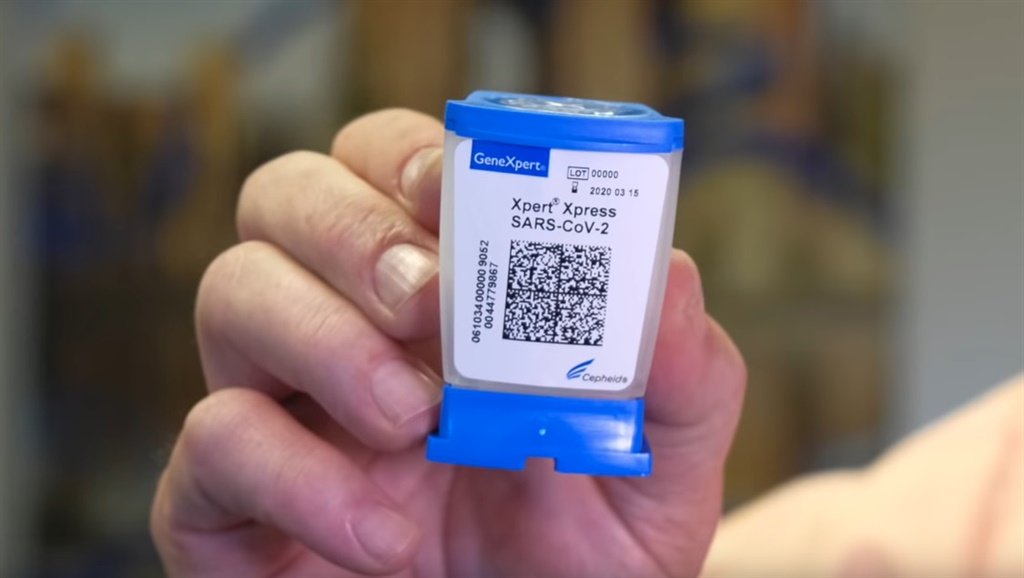 In just 44 days since South Africa confirmed its first Covid-19 case, 108 021 people have been tested for the virus, and around 900 000 have been screened by health workers.

Health Minister Zweli Mkhize, speaking during a virtual press briefing late on Saturday night, said he was satisfied for now that the number of people tested for Covid-19 was rising steadily, but more needed to be done.

He announced that 108 021 people had been tested, with 3 034 positive cases and two new deaths, bringing the total death toll to 52.

This represents 251 new cases over Friday, the largest single-day rise in cases since the first positive case was identified on 5 March, but also represents the second highest number of tests done in a single day – 7 124.

Mkhize also announced that a nationwide community screening and testing programme rolled out in the past weeks had so far screened 900 000 people, of which roughly 11 000 had been referred for testing.

Worryingly, he revealed that they were seeing an average of 3.8% of those referred for testing coming back positive. Some provinces, such as Gauteng and KwaZulu-Natal, showed a higher average at closer to 5%, while other provinces were less than 1%.

But he said, in the US tests had been done on roughly two million people and that it had revealed that one in five people tested would be positive.

“Our infection level is not quite as high as that. For every one person who tests positive, we have done 38 tests,” he said.

The screening programme is one of the more progressive of such campaigns launched in any country in the world, according to Professor Abdool Salim Karim, the head of Mkhize’s ministerial advisory committee, who was speaking during an interview with News24 this week.

Mkhize said he was satisfied with the rising number of tests, which stood closer to 123 000 total tests on 108 000 people, but was concerned that the goals set for tests per day were still quite high.

He has previously said the department of health aimed for the number of tests to reach 30 000 a day.

“I am satisfied with the level of growth, but we are not anywhere close to where we want to be. The level is quite high and every week you will see the numbers are increasing.”

Mkhize pointed out that the community screening programme would naturally also result in an increase in testing and the number of cases, because healthcare workers were going into communities and finding people who would not normally have presented themselves to a hospital until symptoms became far more severe.

SA one of top countries for testing

Screening is done by checking for four main symptoms – fever, cough, shortness of breath and sore throat. Healthcare workers make a decision on the spot, based on symptoms presented, on whether a person should be referred for testing, and may collect samples then and there.

The healthworkers then also identify close contacts for those they believe need to be tested, and can also decide to refer them for testing.

Mkhize referenced the number of tests done in the country as second only to Thailand in the timeframe, and referred to the Worldometers Covid-19 dashboard as an indicator.

As of Saturday evening, South Africa placed in the top 40 of countries in terms of numbers of tests done, out of roughly 180 countries around the world who have reported cases so far.

“Other countries have had many more days, sort of well-to-do countries. But we want to ramp up our testing to a high level, it’s in our best interest to do so. Our capability is quite well established, but the process has to be accelerated,” he said.

Dr Kamy Chetty, chief executive of the National Health Laboratory Service, said that this week testing cartridges from Cepheid in the US had finally arrived and had been validated.

These kits are used in conjunction with GeneXpert machines, some of which have been installed in mobile vans, and can deliver a result in under 45 minutes. 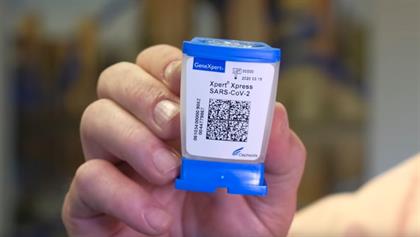 The Xpert Xpress testing kit made by Cepheid in the US can, when used in conjunction with its GeneXpert machine, test for Covid-19 in less than 45 minutes. The kits are a crucial part of plans to increase testing numbers in the country.

Chetty said the NHLS hoped to get enough of the Cepheid tests to use 10 000 a day, but that the company had indicated production levels would not yet be able to meet that demand.

The NHLS expected delivery of a further 20 000 of the kits next week.

“We are also using the Cobas 6800 and 8800 testing machines [made by Roche in Switzerland]. We have been hoping to get more of those kits because the machines are fully automated, but the production of those kits is limited,” Chetty said.

“So far, we have been able to meet the demand for the number of tests we have been given to do each day, but we are hoping to ramp up the numbers,” she concluded.

Chetty said that 52 of 60 new mobile screening and testing vans had so far been rolled out. Chetty previously told News24 around 20 of the vans would be fitted with the GeneXpert machines, but the majority of them would be outfitted with screening equipment, that would allow workers to gather samples to be tested at laboratories.

ALSO READ: Coronavirus: Fear that US exports clampdown could hamper SA’s effort to ramp up testing

Trump: Some states ‘to begin a safe, gradual and phased opening’

Trump: Some states 'to begin a safe, gradual and phased opening'