SAHRC steps in to halt house demolitions in Joburg 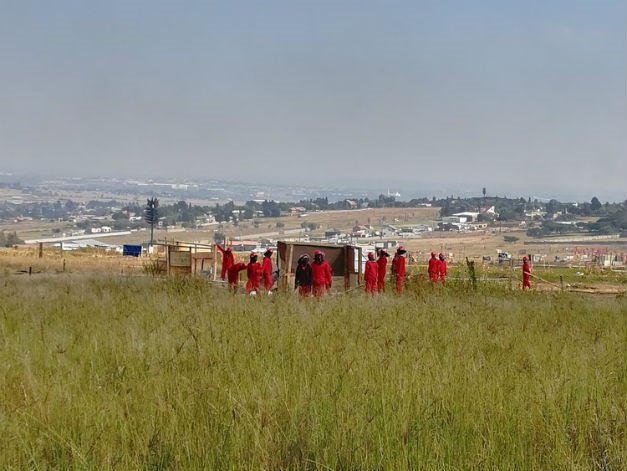 The South African Human Rights Commission (SAHRC) has stepped in to halt the demolitions of people’s properties in the Lakeview and Kokotela informal settlements in Lawley, Johannesburg.

Its provincial head, Buang Jones, said the commission had acted swiftly when the Red Ants once again demolished properties on Tuesday.

“Our intervention this morning was to say to the City of Johannesburg to halt demolitions to allow the commission to play a mediator role. The City has agreed to a meeting with the commission on Thursday, where we will ventilate our concerns and proposals.

“We will give the City an opportunity to share with the commission why they took these steps during the period of lockdown.”

Jones said the area where the two informal settlements are situated falls under Lawley extensions 4 and 5.

“The land is owned by the Gauteng Department of Human Settlement and is earmarked for a housing development.

“According to the department, people occupying the land are not permitted to be here. We have seen around here ablution facilities and portable toilets and Jojo tanks which shows some of the residents have stayed here for a period of a month, three months and some are talking about years.

He added some residents were left destitute by the demolitions, while others claimed they were not at home when their houses were torn down by the Red Ants.

“There were no demolitions prior to the lockdown. They started last week. If they want to evict people, they must go to court and get a court order.

“Even when you evict people, there are certain human rights responsibilities and obligations that the City carry out. They must ensure adequate consultation prior to demolitions and conduct a vulnerability assessment which will detail personal circumstances of person residing here.

“Those who solicit money from vulnerable people must be identified and apprehended,” Jones said.

“The City and JMPD should work with Crime Intelligence because according to the PIE [The Prevention of Illegal Eviction from and Unlawful Occupation of Land] Act, it is illegal to solicit money in order for people to occupy land.

“They have to embark on a verification exercise and engage with residents with information that will assist them in arresting those selling land.

“We can’t condone the unlawful occupation of land. We are again urging and pleading with our citizens to respect the law and desist from erecting illegal structures and follow processes outlined by the national housing code and ensure they are in the housing waiting list,” Jones said.

He added some residents claimed there were houses which were occupied earlier and were later demolished by the Red Ants.

Jones said the commission had raised concerns about the use of the Red Ants.

“I asked for a copy of a court order and [the] JMPD could not produce it. I further advised them if they are aware that they are in contravention of the lockdown regulations.

“Even court orders obtained last year, their timeline has lapsed. I advised them to go to court to obtain a fresh court order which will compel residents here to be removed legally,” he added.