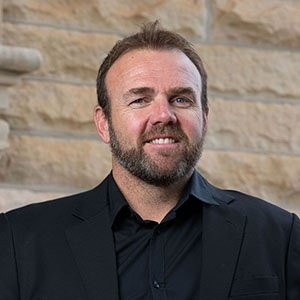 Sanzaar CEO Andy Marinos has made headlines with a radical proposal to ensure the completion of Super Rugby in 2020.

The tournament was halted after seven rounds due to the worldwide spread of the coronavirus pandemic.

In an interview with New Zealand’s Newshub website, Marinos suggested that Super Rugby runs concurrently with the Rugby Championship.

“Could you be playing the Rugby Championship at the same time as a domestic competition?” Marinos asked. “It’s not trying to rubbish one for the other, it’s how do we get a sensible solution in what may be a restricted time frame?”

This scenario would force Super Rugby sides to play without their international stars who will be in action for their countries in the Rugby Championship, which is contested between South Africa, New Zealand, Australia and Argentina.

The southern hemisphere rugby boss added that Sanzaar could also follow the National Rugby League’s (NRL) example and play the Rugby Championship in one area.

“Logic would suggest if there is an ability to create like what we’ve seen with the NRL around a bubble, if it’s all in one location it seems a bit easier. At this point in time, we’d be silly to rule out anything.”

While Marinos may harbour hopes of still completing Super Rugby, SA Rugby has already put plans into place for a domestic competition – which appears a more likely scenario.

A weekend newspaper report indicated that SA Rugby was hoping to have the country’s professional players back on the playing field by 5 June and have formulated the following plan if rugby in the country gets the go-ahead from government officials:

– The Rugby Championship will be played in August and September, with the SuperSport Rugby Challenge and Currie Cup also starting in this period.

– The Springboks’ two Tests against Scotland, initially scheduled for 4 and 11 July, will take place in October, with the 18 July Test against Georgia scrapped.

– The Springboks’ year-end European tour – where they are due to face Italy (7 November), Ireland (14 November), France (21 November) and Wales (28 November) – will go ahead.