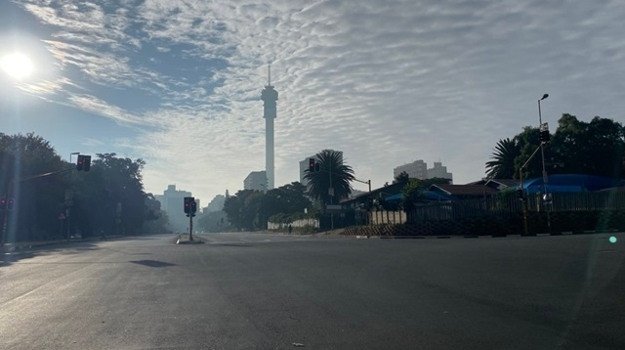 The country’s biggest metropolitan municipalities, including Johannesburg, Cape Town and eThekwini, could remain at the highest risk levels in terms of a new coronavirus risk level management system announced by President Cyril Ramaphosa on Thursday night.

According to two Cabinet-level documents seen by News24, these cities, as well as the metropolitan areas of Buffalo City (East London) and Mangaung (Bloemfontein) could remain at level 5 – the highest – when the easing of lockdown restrictions commence next Friday.

In his address to the nation on Thursday, the president said roughly 75% of Covid-19 cases in South Africa are concentrated in metropolitan municipalities which, as a result, pose the biggest risk of a sharp increase in infections as economic restrictions are partially lifted.

Densely populated cities around the world have borne the brunt of the Covid-19 impact, with healthcare systems quickly becoming overwhelmed as the virus spread rapidly.

Ramaphosa highlighted the critical situation in these metros in a televised address on Thursday night, during which he announced a phased approach to lifting the lockdown, due to end on 30 April.

He said that, as of 1 May, the lifting of the lockdown will be based on a risk assessment in each of the country’s districts, cities and provinces. Each one will receive an assessment from level 1 to 5, with 5 being the highest risk.

The country is currently at level 5, which means it is in full lockdown, but will move to level 4 on 1 May, Ramaphosa said. According to a presentation document prepared for Cabinet and seen by News24, the hardest hit districts from around the country include eThekwini (Durban) in KwaZulu-Natal with 416 cases as of 20 April.

In Gauteng, the Sandton and Alexandra areas have the most cases with a total of 187, followed by Northcliff and Randburg at 120. Ennerdale and Orange Farm were at 98.

In the Western Cape, the Cape Town metro was identified as having 229 cases. Bloemfontein had 89 coronavirus cases. East London in the Buffalo City metro tallied 102 cases.

Emphasising the need for people not to travel, Ramaphosa said that the significant spread of the virus was, significantly, linked to two events in the Eastern Cape and the Free State.

“We know, for example, that just one funeral in Port St Johns and one religious gathering in Mangaung contributed to a spate of infections in their respective provinces.

“It is therefore essential that we do everything in our means to restrict the movement of people and – although it runs counter to our very nature – to reduce the contact that each of us has with each other,” Ramaphosa said.

Covid-19 tracker: All the latest figures as the coronavirus spreads in SA

Health Minister Zweli Mkhize sent a specialist team, led by senior epidemiologists, medical doctors and other specialists, to the Eastern Cape this week to address the steep increase in cases there.

Documents from the Presidency seen by News24 indicate the situation in the metros is so serious, that they could remain on a higher level than the rest of the country, where significantly lower numbers of cases are being found.

The metros, and the country, are all currently rated a level 5 risk. As of 1 May, the national level would be reduced to level 4.

However, the president gave no indication of what will happen in the metros when the phased out approach kicks in, and no final decisions have been taken as to whether any parts of the country will remain on full lockdown.

What is clear is that the lockdown will be lifted in various levels, which could differ from province to province, city to city, and even at district level. Internal Presidency documents show a preliminary assessment of industries that could open under each level, under certain strict conditions. But Ramaphosa said on Thursday that government must still publish regulations to this effect, and business will still have an opportunity to make representations to government.

Various ministers were due to brief the media on Friday to expand on the potential regulations, but the briefing was postponed late on Thursday night. Business was initially expected to have the weekend to consider the proposals and make representations, News24 understands.

Final regulations are only expected to be published next week.

In addition to the risk assessments, Ramaphosa also announced that, as of 1 May:

–       The travel ban put in place on 15 March remains in place. Travel between provinces will still be restricted other than for the transportation of essential goods, or funerals.

–       Staff who can work from home will continue to do so and those who return to work must do so under strict hygiene rules, such as wearing face masks.

Thursday’s announcement comes in the wake of widespread calls for at least some economic activity to resume which have been growing in urgency since last week.

Estimates by the South African Reserve Bank, Labour Minister Thulas Nxesi and the business community put the total job losses as a result of the lockdown anywhere between 400 000 to over 1 million this year alone. The economy is expected to contract by up to 10% of GDP while thousands of businesses will close.

On Tuesday, Ramaphosa announced a R500 billion plan to mitigate some of the fallout from the lockdown, including some tax relief for businesses, increases to social grants and a new Covid-19 grant, as well as financial support for spaza shops and small businesses.

But economists Dawie Roodt and Mike Schussler have joined the chorus of people saying the only way to save jobs is to start opening the economy up.

“It’s becoming clearer by the day that the South African economy is suffering horrendous damage. The sooner we open up this economy the better,” Roodt told News24 this week.

Schussler said: “We have destroyed more of the economy than we should have. We have to think intelligently and quickly about how to open parts of the economy.”

Research from the Development Policy Research Unit and DataFirst at the University of Cape Town this week showed that job losses from the lockdown are more likely among workers who cannot work from home and are not essential services. This is about two thirds of those who were employed before the lockdown – about 10.3 million people.

Ramaphosa said reopening the economy was a balancing act between getting people back to work and preventing a surge in Covid-19 infections.

“During the past five weeks, we have demonstrated to the entire world what a nation can achieve with courage, determination and solidarity. We must not give up now. I am asking you to stay strong. I am asking you to remain united. Stay home, stay safe,” Ramaphosa said.

Coronavirus pandemic’s impact on the global economy in 7 charts