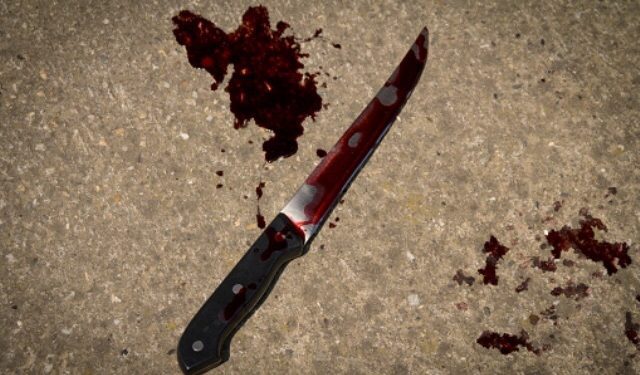 39
SHARES
218
VIEWS
Share on FacebookShare on TwitterShare on WhatsApp

The Nkawkaw District Police Command in the Eastern Region is investigating circumstances that led to the alleged stabbing to death of a Senior High School graduate by his friend.

The suspect, 22-year-old Yakubu Sharifu, is said to have stabbed his friend, Umar Lawah, with a knife during a quarrel over a Bluetooth speaker on Monday, August 23, 2021.

Police personnel who went to the scene after the incident, found fresh stab wounds on the neck, shoulder and abdomen of the deceased, and conveyed his body to the Nkawkaw Holy Family Hospital Morgue.

“Police received a complaint from a neighbour of the two people. Based on the information, the police quickly proceeded to the scene of the crime.

A full examination of the body showed that there were two fresh wounds on the lips and neck of the victim, and another on the abdomen and shoulder. So there was proof that he was stabbed.

Meanwhile, the suspect is in police custody. After we conclude the investigations, the suspect will be charged with the provisional charge of murder for us to start the committal process, so the suspect stands trial.”