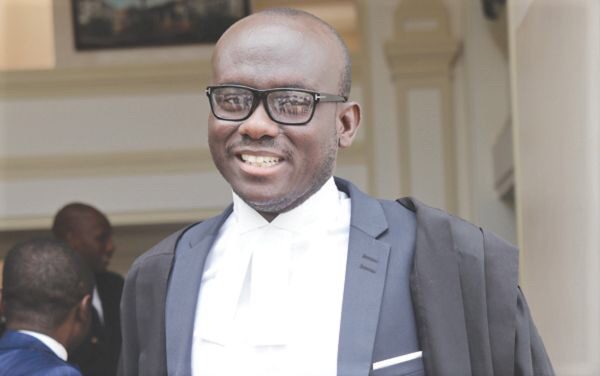 86
SHARES
476
VIEWS
Share on FacebookShare on TwitterShare on WhatsApp

The Attorney General, Godfred Yeboah Dame, has lamented the cost, inconvenience and hardship the prosecution will be put through in commencing a new trial for former Chief Executive Officer (CEO) of Ghana Cocoa Board (COCOBOD), Dr. Stephen Kwabena Opuni.

Decrying the removal of Justice Clemence Honyenuga from the trial, the Attorney General has described the Supreme Court’s decision as a miscarriage of justice.

The Supreme Court in a 3-2 Majority decision on July 28, 2021, axed the trial judge, Justice Clemence Honyenuga, from the case.

But in an affidavit sworn to by a Chief State Attorney at the Office of the Attorney General, for an application for review of this decision, the Attorney-General maintains that the constitutional requirements of a fair and expeditious trial will be violated if the case is reassigned to a new judge.

“That if a trial de novo of the respondent herein results from the decision of this Court dated 28th July 2021, same will occasion substantial miscarriage of justice as the constitutional requirements of fair and expeditious trial will not only be violated but also, the prosecution will be put to enormous expense, inconvenience and hardship in commencing a new trial.”

It is also explained that a decision to prohibit a trial judge who has conducted a criminal trial for almost four years, at which the prosecution has called all of its witnesses, from further hearing of the matter, must be on basis of only compelling circumstances which show indisputable bias on the part of that judge and not on account of matters as complained about the respondent herein.

The Supreme Court in July 2021 in a 3-2 majority decision presided over by Justice Jones Dotse ruled that Justice Clemence Honyenuga should step aside from the case.

This was after the lawyers for Mr. Opuni petitioned Chief Justice Kwasi Anin-Yeboah and filed a suit at the Supreme Court, having been dissatisfied with Justice Honyenuga presiding over the case because according to them, he had prejudged and determined the guilt of Dr. Opuni.

By the removal of Justice Honyenuga, the Chief Justice had to assign a new judge to the 4-year-old case for the legal process to continue.

However, fresh documents from the AG’s office indicate that the Attorney General wants Justice Honyenuga to return as the trial Judge.

It argues that in the ruling of the apex court, the ordinary bench committed a fundamental error in prohibiting the trial judge, who only performed his duty as required by law, to evaluate the evidence adduced by the prosecution in order to determine whether a prima facie case had been made against the respondent.

The grounds on which the AG is making the request is hinged on what it describes as the erroneous construction of sections 116, 117, 118, and 126 of the Evidence Act without compelling reasons to change the law in hearsay,

According to the AG, getting off Justice Honyenuga will not be fair because an entirely new Judge will not be abreast of the full facts of the trial.

In conclusion, the AG averred, “that justice and fairness require that the decision of this Court dated 28th July 2021 be reviewed.”

Dr. Opuni and Mr. Agongo are facing 27 charges including defrauding by false pretences, wilfully causing financial loss to the state, money laundering, corruption by public officers, and contravention of the Public Procurement Act.