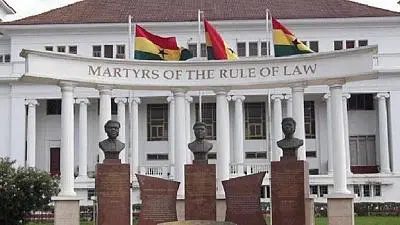 The Supreme Court has on Tuesday April 26 dismissed Justice Abdulai’s review application on the Deputy Speakers on grounds that it is unmeritorious.

Abdulai filed for a review of the Supreme Court’s ruling on the right of Deputy Speakers to vote in Parliament.

The apex court on Wednesday March 9 dismissed an application to pronounce as unconstitutional, Joseph Osei Wusu’s action of counting himself for the purposes of quorum.

Justice Jones Dotse ruled that the Deputy Speaker of Parliament participation in voting was constitutional.

Earlier, Justice Abdulai subsequent to the November 30, 2021 clash between Speaker Bagbin and his First Deputy after the latter overturned an earlier vote of the House rejecting Government’s 2022 Budget invited the Supreme Court to pronounce as unconstitutional, Deputy Speaker, Joseph Osei Owusu’s action of counting himself for the purposes of quorum.

He argued in the context of articles 102 and 104 of the 1992 Constitution that the Deputy Speaker was not permitted to count himself for the purposes of quorum, since he had neither an original nor a casting vote as Speaker presiding.

But the 7-member panel of justices ruled that the Member of Parliament for Bekwai exercised his right constitutionally.

The SC struck out the standing order 109(3) which says a Deputy Speaker or any other member presiding shall not retain his original vote while presiding.

‘NDC didn’t scrap teacher trainee allowance; we replaced it with loans which was twice the value of Allowance ’ – Naana Opoku-Agyemang