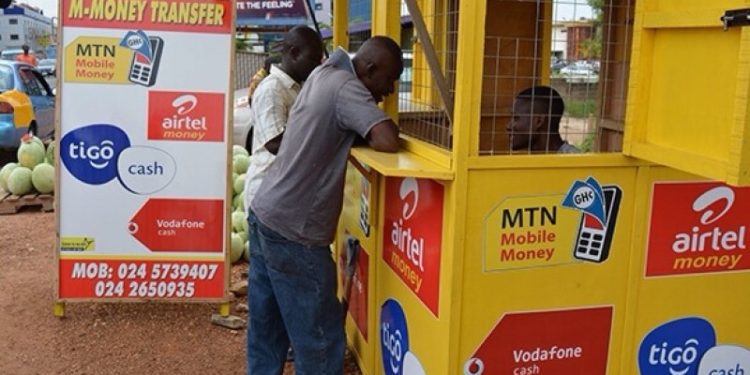 The Mobile Money Agents Association of Ghana (MMAAG) is very worried that their businesses would collapse if the implementation of the controversial e-Levy goes wrong and wants the government to step up public education.

“Even before we finally reach the implementation, signals we are picking from our business suggest a lot of unforeseen situations like people going to have their business cut off and our workers will stand being laid off. As it stands now business is not as usual as we used to have it” he said on 3FM .

He indicated that MoMo business has drastically gone down from the feedback they have been receiving from their members and everything is going low thereby confirming what the Ministry of Finance said last year that the first six months of E-Levy implementation will see a cut of mobile money transaction by 24%.

Otumfour told Alfred Ocansey host 3FM Sunrise on Monday 25 April 2022 that this is a source of worry for all stakeholders, especially for the over four hundred thousand mobile money agents and their employees estimated at about eight hundred thousand if each agent employs an average of two people.

The Momo Agents are worried that if the current state of E-Levy should go through, then there is a higher chance that a lot of people will be laid out of business because education has not gone down well for the general masses to know that; we have some privileges, we have other exemptions, and that that there are areas the E-Levy is affecting and areas it is not.

“From our assessment, we could see clearly consumers are of the view that there is E-Levy on every mobile money transactions but that is not so” he stated

According to the secretary, the association’s focus now is how to intensify education to get the people to continue using mobile money.

Government should really step up to ensure that education leads the implementation of the E-Levy by May 1, 2022, Otumfour appeals

The Minority in Parliament on Tuesday April 19 filed an application at the Supreme Court to block the commencement of the e-levy deductions.

North Tongu Lawmaker, Samuel Okudzeto Ablakwa in a tweet said “We have today successfully filed an application at the Supreme Court to injunct the implementation of the obnoxious E-Levy pending the determination of our substantive case. Hearing is fixed for 4th May, 2022. The Govt/GRA must suspend its 1st May plans. The E-Levy war is on!”

On the other hand, the Majority Leader in Parliament, Osei Kyei-Mensah-Bonsu has said the injunction application filed against the implementation of the e-levy by the Minority at the Supreme Court, is an exercise in futility.

The Ghana Revenue Authority (GRA) has, in a series of tweets on Friday April 22 said the Commissioner-General Mr. Ammishaddai Owusu-Amoah may, in the coming days, issue administrative guidelines as may be required for the efficient and effective implementation of the e-levy Act.

The GRA tweeted “Basic Information on the E-Levy [Thread] The Electronic Transfer Levy Act, 2022 (Act 1075) imposes a levy of 1.5% on electronic transfers – section 1(1) The Levy is charged to the transferor at the time of transfer. – section 1”

The General Secretary of the Convention People’s Party (CPP), Nana Yaa Jantuah has said the e-levy is a punitive tax that is meant to rob the people.

“I am not happy about the e-levy. This is a punitive tax meant to rob people,” Nana Yaa Jantuah said on the Key Points on TV3 Saturday April 23 with host Dzifa Bampoh.