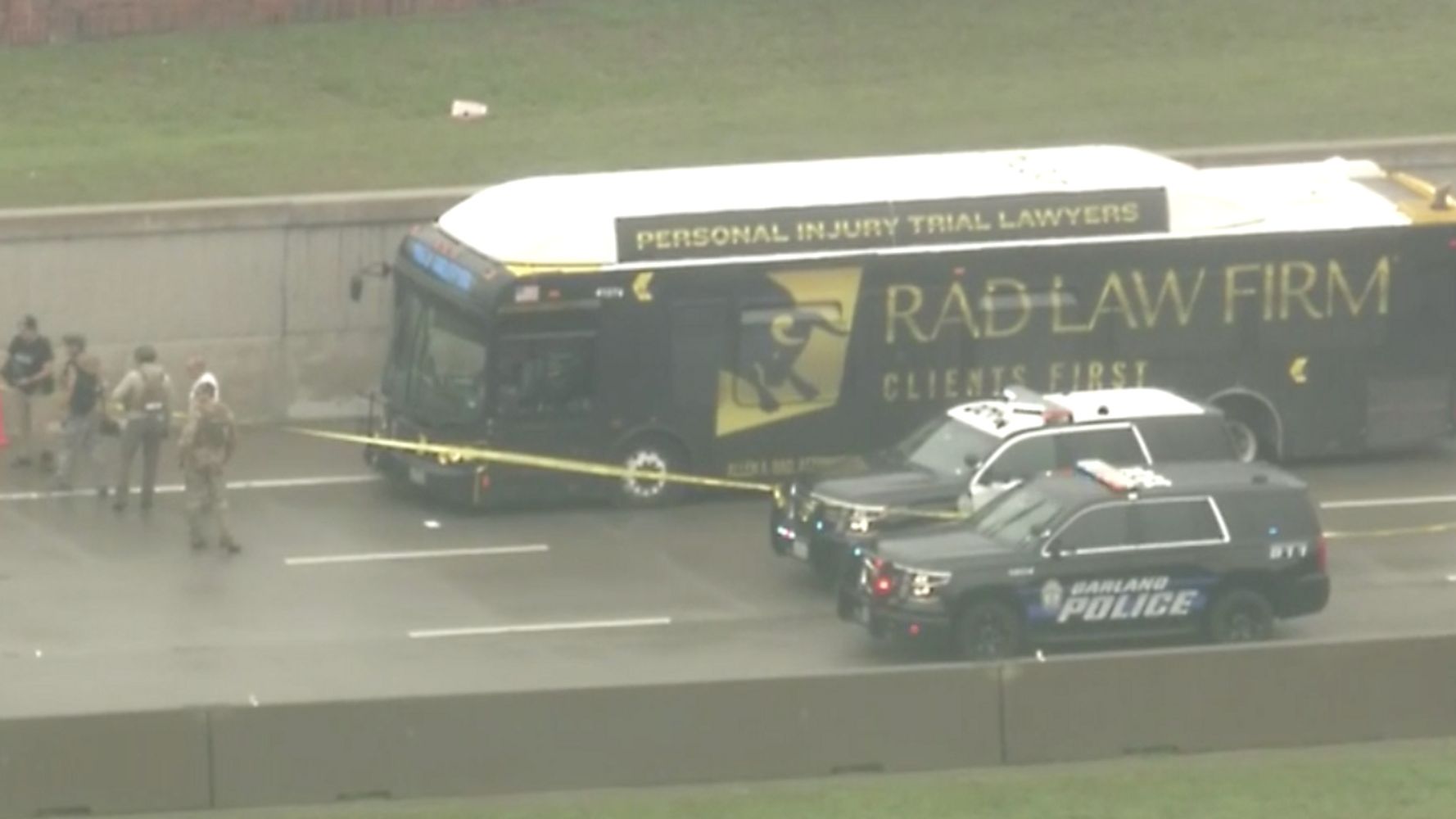 A suspect died and two police officers were wounded Sunday after a public bus was hijacked in Dallas, officials said.

Around 11 a.m. local time, Dallas Area Rapid Transit police received a report that a man had boarded a bus and fired shots, shattering several windows, a DART spokesperson said in a statement.

The suspect reportedly ordered the bus operator to drive them to a “currently undetermined location,” according to officials. He fired shots at police as they chased the bus, injuring at least two officers, DART said.

The bus came to a stop after driving over spikes that had been put in the road to disable its tires. The suspect then exited the bus and exchanged gunfire with police, DART said. He was shot, transported to a local hospital and later pronounced dead, police tweeted.

The gunman’s identity has not been made public.

There was one other passenger on the bus. The bus operator and the passenger were not injured, DART said.

“There was an immediate threat and danger to people on the bus [and] that’s why we were pursuing this vehicle. You could not ask for a worse situation,” Garland Lt. Pedro Barineau told NBC DFW. “You have a situation where somebody has taken [a] driver of a bus hostage, is shooting at the police as we are pursuing him and there’s people around all over the road.”

Police reportedly chased the bus to Rowlett, Texas, about 10 miles east of where the suspect is believed to have boarded. Video of the scene showed the bus pulled over on the side of the road surrounded by police tape and law enforcement vehicles.

This is video of police chasing after a DART bus into Rowlett after an armed suspect went onto the bus and fired shots Sunday morning.

Covid-19: The Daughter of Beyonce And Jay-Z Shares A Home VIDEO Experiment | News

Covid-19: The Daughter of Beyonce And Jay-Z Shares A Home VIDEO Experiment | News