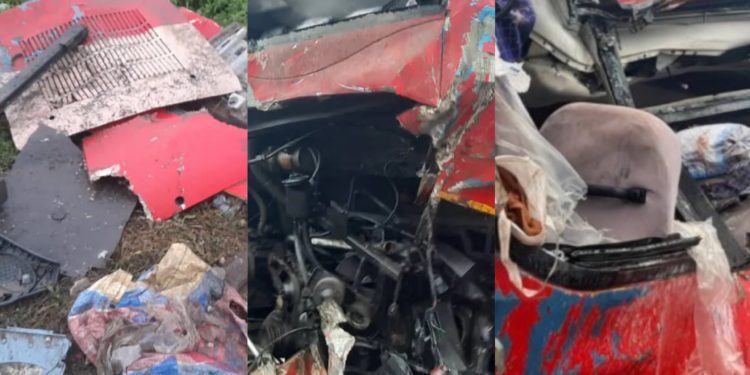 75
SHARES
415
VIEWS
Share on FacebookShare on TwitterShare on WhatsApp

Some ten persons traveling between Accra to Takoradi have lost their lives in yet another gory accident on the Accra-Takoradi highway on the early hours of Sunday 22nd August 2021.

Ten people have died in an accident that occurred  at Gomoa Mampong on the Kasoa-Winneba Highway in the Central Region on Sunday August 22.

The injured have been admitted to Winneba Trauma Hospital for treatment.

Some survivors of the crash narrated, the accident was due to some reckless overtaking by the two buses.