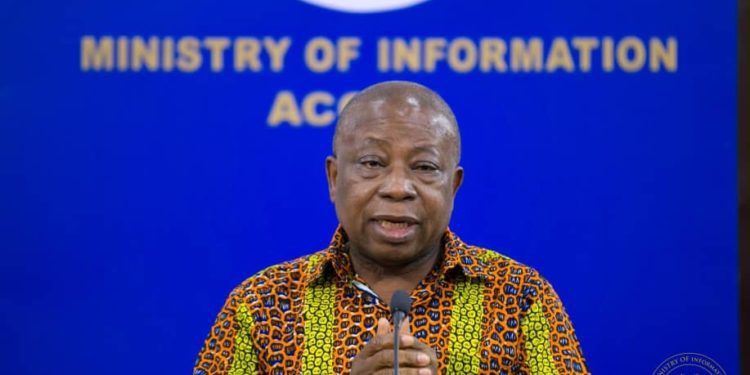 21
SHARES
115
VIEWS
Share on FacebookShare on TwitterShare on WhatsApp

The Dormaa Central MP who was caught pant down in the last few days engaging middlemen in purchasing the Sputnik Vaccines was said to be on 2 weeks holiday only for him to be seen with President Akufo Addo in the Ashanti Region to cut sod for some targeted 111 district hospitals by the current government.

The Minister of Health Kwaku Agyemang Manu has thus refuted reports of government abandoning health projects and embarking on new ones such as the AGENDA 111.

According to him, since assuming office in 2017, all projects inherited by the Ministry are either completed and handed over or under construction.

Speaking at a media briefing to react to reports of government embarking on new projects without continuing with the old ones, Mr Agyemang Manu asked critics to get proof of such projects they claim have been abandoned, before making unfounded statements.

Minister of Health Kwaku Agyemang Manu. Meanwhile the Director for Infrastructure at the Ministry of Health, Dr. Ben Ampomah Nkansah gave an overview of some government completed health projects and those under construction.