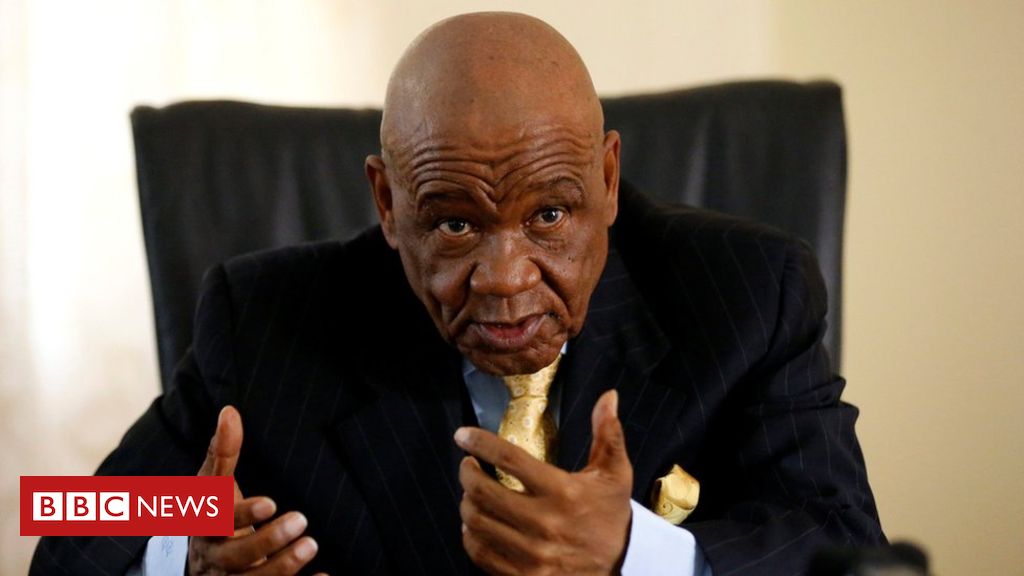 Lesotho’s government has agreed that Prime Minister Thomas Thabane, who is accused of murdering his estranged wife, will immediately resign.

The deal brokered with the help of South African mediators is said to promise the prime minister a “dignified and secure” exit from office.

Mr Thabane has been under pressure to resign over suspicions he was involved in the killing in 2017.

His current wife has been charged. Both deny any involvement in the murder.

It is not yet clear if he will agree to stand down immediately, as the deal stipulates.

Gunmen shot and killed Mr Thabane’s then-wife Lipolelo Thabane on 14 June 2017. Officials charged Mr Thabane’s current wife Maesaiah with the murder this year, and also named Mr Thabane as a suspect – although he has not yet been formally charged.

Lesotho has been plunged into a political crisis over the accusations.

On Saturday Mr Thabane deployed the army on the streets, accusing law enforcement agencies in the kingdom of undermining democracy. A day later, South African diplomats stepped in to try and calm tensions.

Although the exact contents of the deal haven’t been published, the official statement appears to suggest that the 80-year-old leader would no longer be under investigation, BBC Africa regional editor Will Ross reports.

Mr Thabane appeared in court in February, where his lawyer argued that his position granted him immunity from prosecution.

The joint statement, signed by South African mediator Jeff Radebe and Lesotho Deputy Prime Minister Monyane Moleleki said: “The coalition government of the Kingdom of Lesotho commits to effecting the implementation process or modalities for the dignified, graceful and secure retirement of the right honourable prime minister.”

Mr Radebe later told journalists that although Mr Thabane had pledged to step down in July, the timeline stipulated in the deal was “immediate”.

“There are one or two issues that need to be traversed in order to ensure that all political parties are of the same mind in terms of speeding up that parliamentary process,” he added.

Mr Thabane’s spokesman Relebohile Moyeye told Reuters news agency that he “can’t confirm if the PM agrees with all that’s in the communiqué… I will only know his take tomorrow”.

News24.com | GALLERY: A happier time in Cape Town before the lockdown