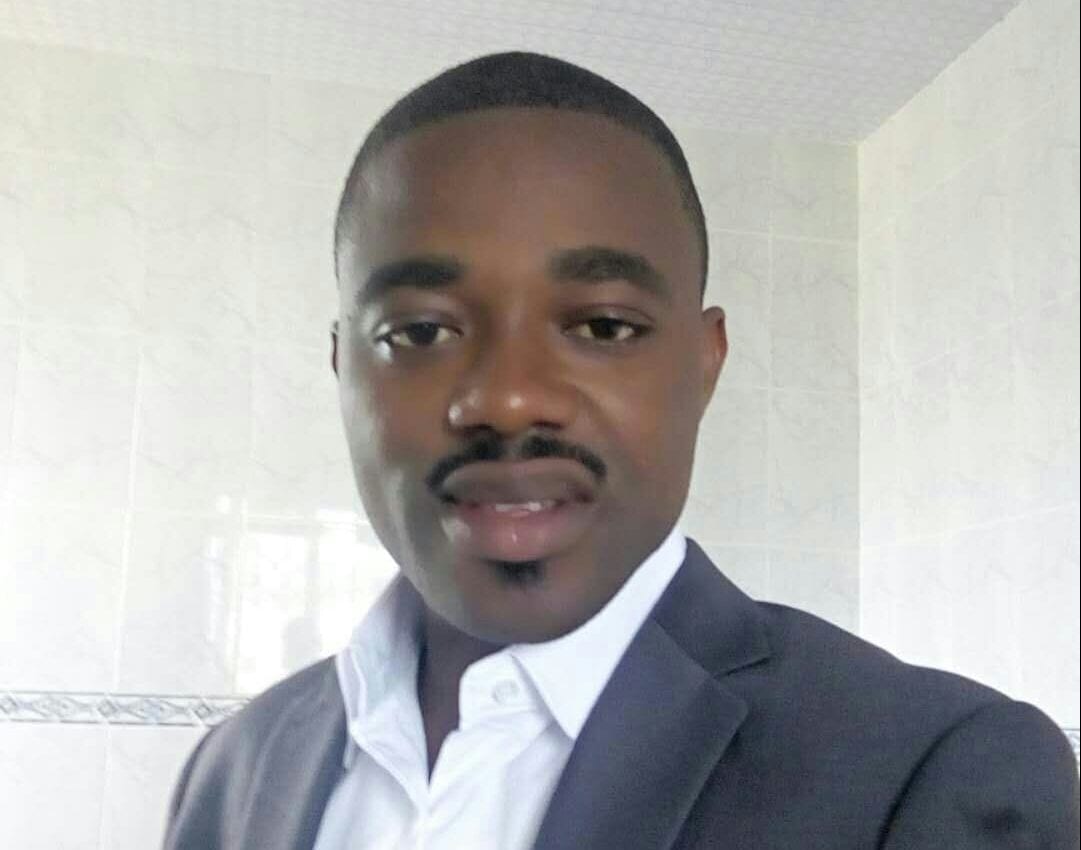 The Paramount Chief of Botoku Traditional Area in the Volta Region of Ghana, Togbe Sei II know in his private life as Nelson Mawuli Kwesi Gbadagba has been sued by a Ghanaian businessman, Mr. Carl Adoku for allegedly defrauding him of an amount of GHC280,000.

In the writ sighted by LoudSlinceRadio.com, Mr. Adoku said he is a micro-credit service provider and “sometime in March 2018 the Defendant [Nelson Mawuli Gbadagba] approached him to discuss a business deal” where the “Defendant told him that he deals in an educational tool kit called Toskele at a price of Seven Hundred Ghana Cedis (GHc700) per kit” and made him [Mr. Adoku] “believe that there were already trained teachers/customers to purchase the product from him (Plaintiff) at a price of One Thousand Ghana Cedis per kit”.

Mr. Adoku further said based on the presentation made by Togbe Sei that he has already trained teachers and customers ready to buy the tool kits made him became interested in the business and agreed to give Togbe Sei an amount of GHc280,000.00 as part payment for 800 tool kits.

Mr. Adoku, however, said after giving Togbe Sei the money, it had turned out that he [Togbe Sei] had not trained any teacher and or had customers readily available to buy the tool kits. He also said in the writ that Togbe Sei instead of supplying him [the Plaintiff] 800 boxes of the kits, he only brought him 400 boxes.

According to Mr. Adoku, since he had been given 400 of the tool kits, only eleven people (11) people had approached him to buy the kits contrary to Togbe Sei’s claims that he had customers available to purchase all the 800 boxes of the tool kits.

This Mr. Adoku said has badly hurt his business since the Ghc280,000.00 he gave Togbe Sei was a loan he procured from the bank.

Meanwhile, our investigations have revealed that Togbe Sei II is in the grips of the Weija Police for allegedly defrauding some 29 young unemployed graduates who are first of the four batches of his Toskele recruitment.

According to the young unemployed graduates, Togbe Sei II had advertised on the internet sometime in March 2018 that he is employing teachers across the country with an attractive salary. However, when they applied for the jobs to be teachers under his Toskele programme, Togbe Sei made them pay GHc2,000.00 and GHc1,000.00 for the job placement.

The young unemployed graduates said he has since not offered them the job and or given them back their monies totaling over GHc36,000.00

They said they had reported him [Togbe Sei] to the Kasoa Tollbooth Police Station in July 2018, however, after his bail, he fled the country to China until this May 2020. 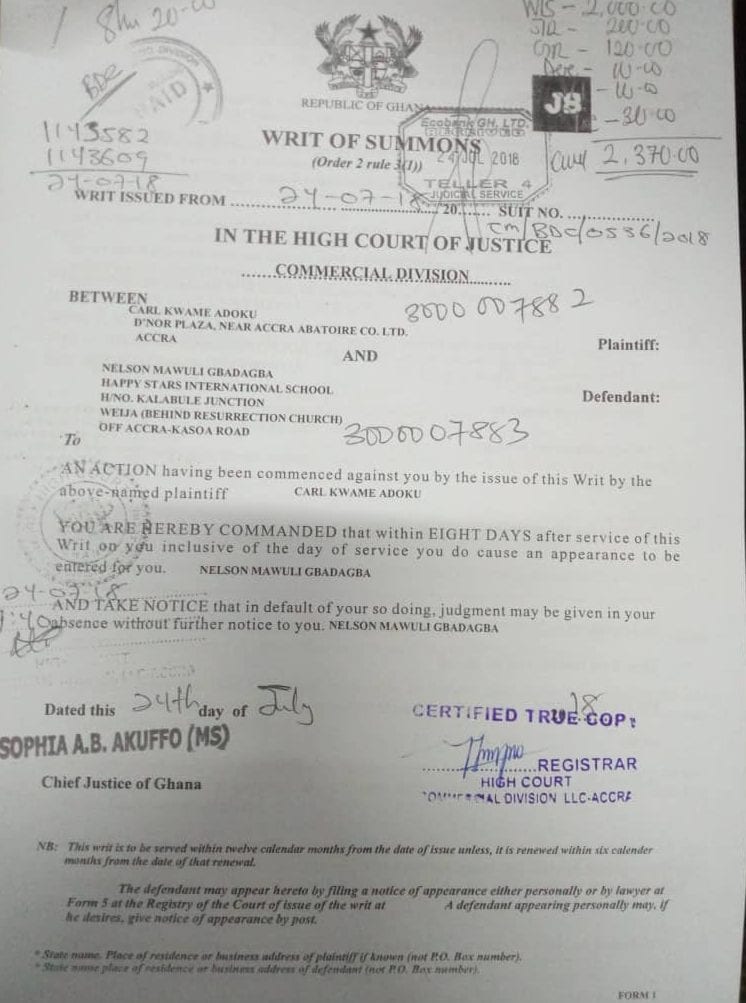 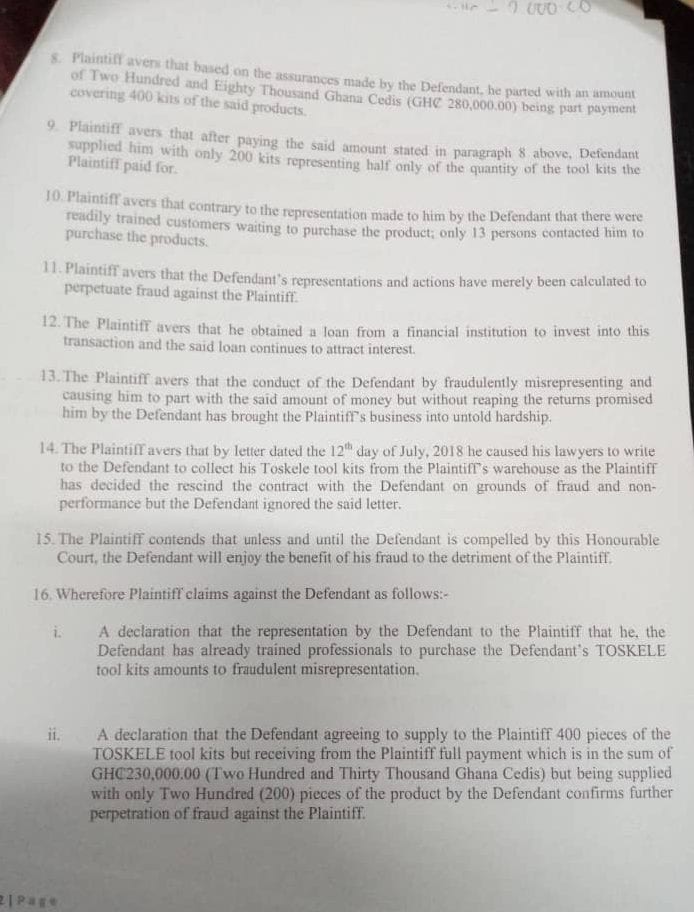 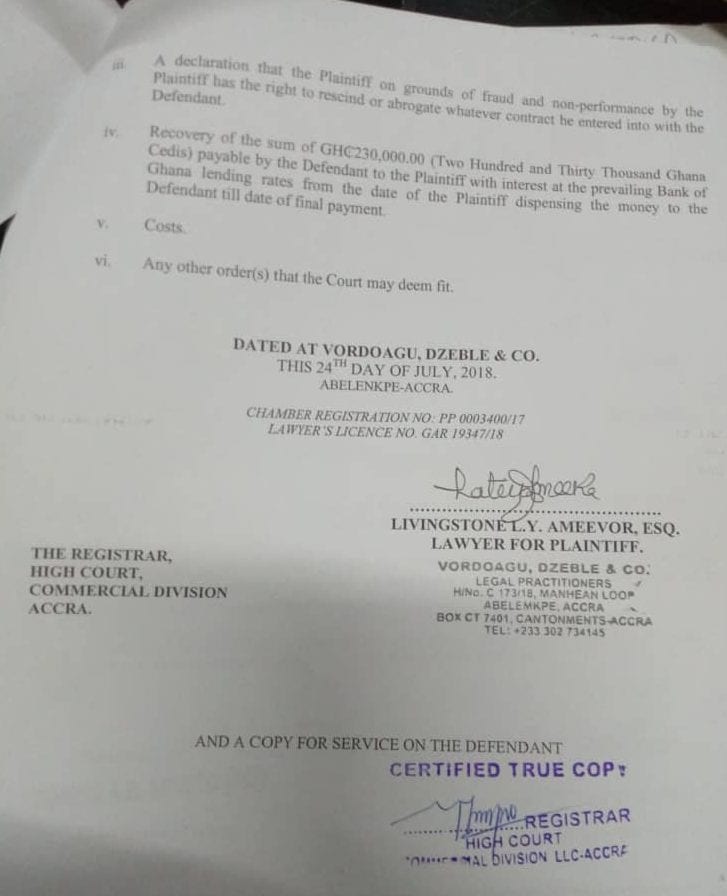 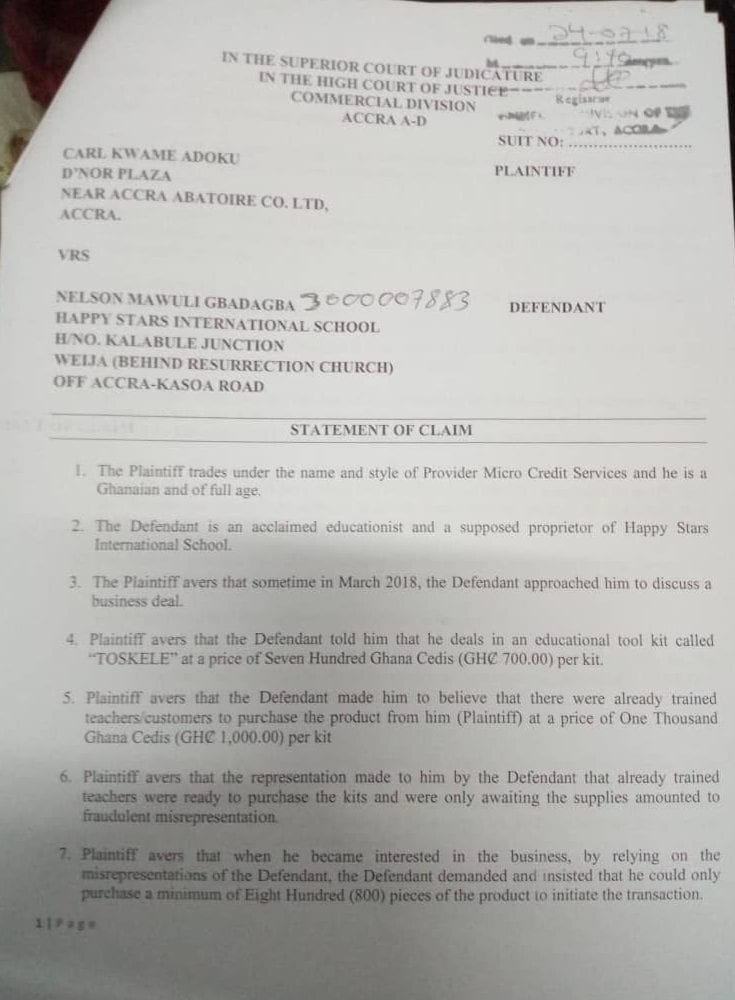 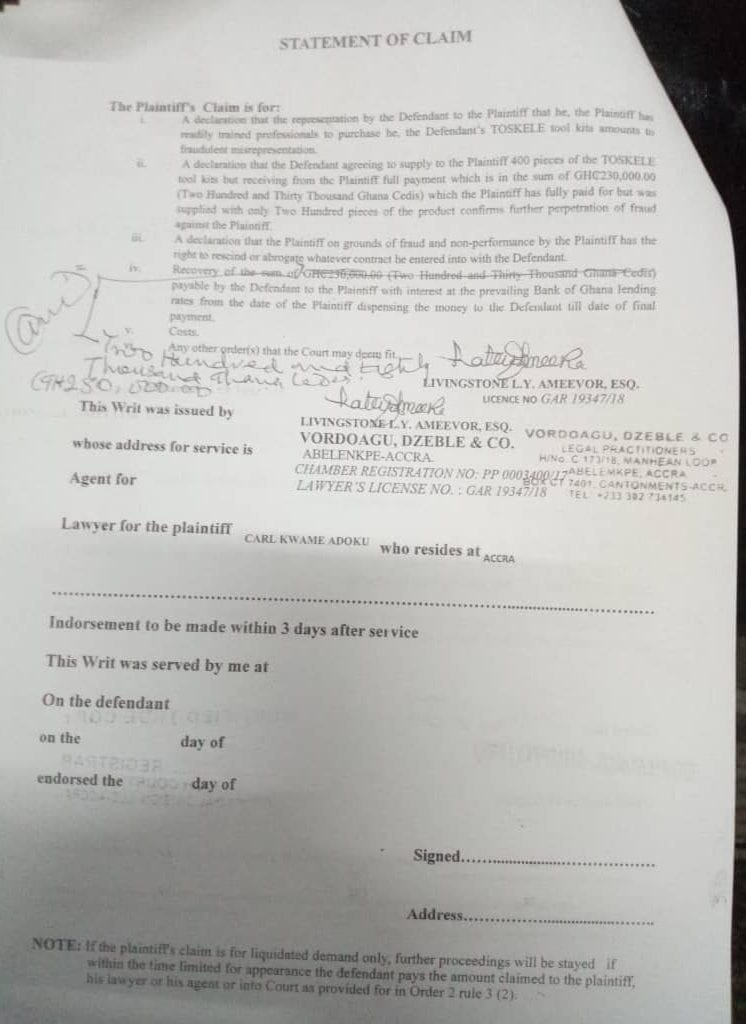