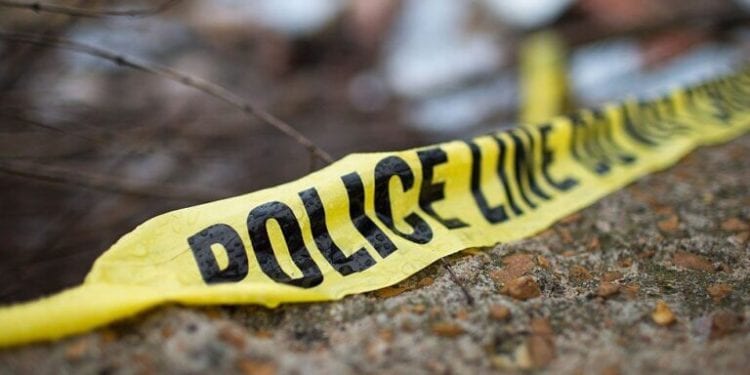 A disturbing news of a retired teacher aged 70 shooting himself in the central region precisely Ekumfi-Aburam has gone viral.

Mr Emmanuel Abrokwa, popularly known as Teacher Mensah Monday morning killed himself at Ekumfi Aburam in the Ekumfi District of the Central Region.

It was revealed that the teacher shot himself to death after he returned from the bush.

An eyewitness account reveals how the deceased upon returning from the farm that fateful day shot himself to death.

Gunshot was heard from the room of the deceased. Upon rushing to the room, they saw him lying in a pool of blood with the gun he usually takes to the farm, also lying beside him.

He reportedly shot himself in the stomach and died instantly.

The deceased who is believed to be 70-years-old, lives with his wife and children. According to sources, he shot himself in the absence of his family.

Speaking to some residents, they mentioned that, they had a mutual relationship with the deceased and nothing seemed to have bothered him neither did he complain about anything to them so were unable to tell what caused his action that led to his death.

The body of the deceased has been deposited at the Saltpond Mortuary while the Police is investigating the matter.