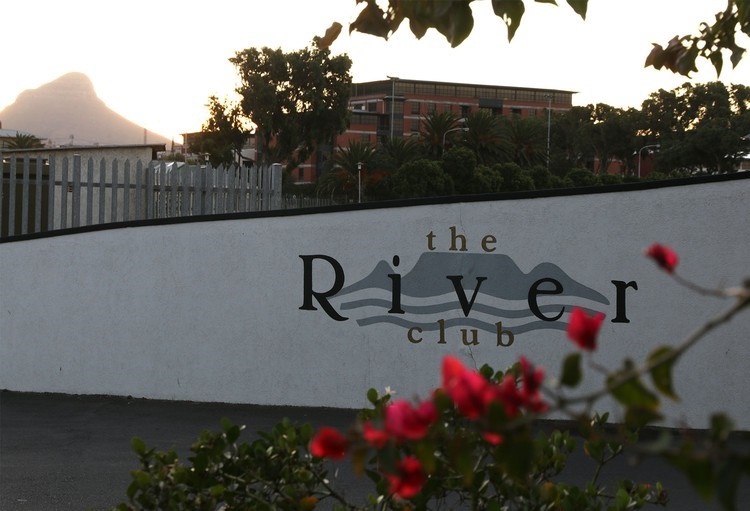 The appeal against Heritage Western Cape’s two-year provisional protection of the River Club site in Observatory, where a mega-development is planned, has been dismissed in a scathing ruling against provincial and City of Cape Town authorities, GroundUp reports.

Delivered by the Independent Tribunal on Tuesday 14 April, the ruling in favour of the April 2018 order by Heritage Western Cape (HWC) accuses the provincial Department of Transport and Public Works (DTPW) and the City of Cape Town of “political posturing” in support of a private developer, rather than working with HWC as a fellow state institution.

It notes that these government departments all filed appeals against HWC’s April 2018 invocation of Section 29 of the Heritage Resources Act that allows for a maximum two-year protection of a site it deems threatened, but the appeals were rejected by the appeals committee. The departments then joined their cases to that of the First Appellant, the property owners.

The owners are Liesbeek Leisure Properties Trust, which bought the 14.7ha property from Transnet in 2015 for R12 million. Headed by Jody Aufrichtig, who was at the forefront of the Biscuit Mill and Wex developments in lower Woodstock, Liesbeek Leisure submitted an initial development proposal in July 2016. The company plans to fill in the existing floodplain and build a R4-billion office, retail, and residential complex containing buildings ten-storeys high.

While the City stands behind this development on a floodplain, it has stated that one of the reasons it cannot consider the Rondebosch Golf Club land for state subsidised housing is because it is situated on a floodplain.

The River Club property currently contains a nine-hole golf course, conference venue, bar and related facilities, rented from Transnet prior to purchase. It is also situated in the north-western section of the Two Rivers Urban Park (TRUP).

The tribunal is under the auspices of the provincial Department of Culture, Sport and Recreation, and the ruling, penned by chair Ashraf Mahomed, lays out the history and context pertinent to the River Club site which reveals machinations by the developer, City and province.

The 297ha TRUP – which includes Valkenberg, SA Astronomical Observatory, Maitland Garden Village, and more recently extended to include Ndabeni – was set up by the City of Cape Town in 2003 after five years of consultation, along with the TRUP Association, an NPO tasked with managing it.

The contextual framework and environmental management plan in 2003 envisages a park and green space, with development along the surrounding corridors.

The ruling notes that, in 2011, the City published Revitalising Urban Rivers: The Background which referred to the TRUP and the potential negative influence of river canalisation and urban development of urban river areas. It also notes that, in the same year, the City collaborated with the NPO committee to develop the TRUP.

“The development of this urban park aimed at enhancing the social and economic potential of the area and encouraged intense urban development, which was meant to open up the area for recreational activities, cultural and heritage appreciation, and environmental prosperity,” the ruling quotes.

When the notice of Intent to Develop was submitted to HWC by Liesbeek Leisure in July 2016, it was decided that a TRUP baseline study needed to be conducted. The baseline study was commissioned by the DTPW.

The baseline study has yet to be finalised.

Developers pushed ahead with government backing

The background provided by Mahomed’s ruling — as well as a response by HWC CEO Mxolisi Dlamuka on 14 February to the developer’s heritage impact assessment — reveals provincial departments and the City going against more than a decade of complementary plans following public engagement for the TRUP.

Liesbeek Leisure signalled their intent to push for a new heritage impact assessment in late 2017, despite concerns expressed by HWC’s Impact Assessment Committee. This led to HWC invoking a protection order for the River Club in April 2018, which is what was appealed. It was an appeal that has dragged on almost the duration of the provisional protection itself, which ends on 21 April.

The DTPW, which has neglected to finalise the Baseline Study, was part of that appeal.

Mahomed’s ruling remarks that the two years could have been spent on “better understanding of all the heritage issues in the area that are at stake” and facilitating HWC with its investigations of the site, rather than tying the heritage body up in “fruitless and wasteful contestations” driven mostly by the DTPW and the mayor’s office.

Mahomed stated that, in its support of the developer’s appeal, the government departments did not serve the interests of their departments or the public interest and that “their conduct warrants review and censure, where appropriate”.

“Notable and alarming at the same time, is the concern that government officials who are meant to serve the people of this country and should be loyal and respectful towards each other, are perceived to form alliances with other tiers of government and developers, instead of aligning the scarce resources with experience skills to solve complicated heritage issues cooperatively, internally, and in good faith,” stated Mahomed.

After being united against the development, a schism arose among Khoi traditional houses in December last year, with the formation of what is called the First Nations Collective, which is supporting the development.

This appears to have informed Mahomed’s statement: “The policy of maintaining control over one’s subordinates or opponents by encouraging dissent between them, thereby preventing them from uniting in opposition, is evident in this matter. Conservation efforts to preserve the heritage of the Indigenous First Nation’s people and communities and protect their cultural rights, have been hamstrung by the politics of ‘divide and rule’.”

There were “impassioned”” presentations from numerous Khoi traditional houses attesting to the deep significance of the landscape at the confluence of the Liesbeek and Black Rivers, which is the original site of dispossession by the Dutch settlers about 150 years after the Khoi successfully repelled the Portuguese.

Even the Khoi leaders who did an about-turn in support of Liesbeek Leisure Properties attested to the significance of the site. But they shifted their argument to the developers being the first to listen to them and be willing to memorialise their heritage and create a media centre for the First Nations within the development.

Taking these submissions into account, the ruling states that the “unique landscape” within which the River Club sits “is the result of the dynamic relationship between topographical form, climate, geology, usage, history and settlement typology of the area” and “reflects all the patterns of South African history and early culture”, making it “potentially the first of its type”.

The provisional protection ends on 21 April, but Section 38 of the Heritage Resources Act remains in place. Section 38 dictates the HWC must map and identify all the heritage resources in the affected area, in consultation with affected communities, and determine the impact of the proposed development. The final decision on whether to proceed with the development application, however, rests with the provincial Department of Environmental Affairs and Development Planning (DEADP).

Asked whether he was concerned that there was a conflict of interest, as this department had joined the appeal, Dlamuka said there were sufficient “internal controls” to mitigate the threat.

He said the ruling was “interesting” in that it did not simply dismiss the appeal, but recommended the parties “must find each other”.

“It’s interesting, because we don’t want to say we win and someone loses, we want to manage heritage resources in the best possible way. The ruling says HWC was correct, but parties must work together.”

Both provincial departments have said they had noted the report, but would not comment as the Section 38 process was ongoing, while City Mayco member for Spatial Planning and Environment Marian Nieuwoudt stated that the ruling was being studied and had no comment on the matter.

The trustees of Liesbeek Leisure Properties Trust, via their PR company Resolve Communications, ssid it was “disappointing and astonishing that the Tribunal appears to have ignored both legal precedent and the detailed representations made by the majority of First Nations leaders”, known as the First Nations Collective.

Liesbeek Leisure further argued that the economic recession brought about by Covid-19 had “highlighted the urgent need for the R4-billion River Club project”, as it would contribute to “vital economic growth”.

A blast of earnings news is coming, but the market may be more focused on when the economy will reopen