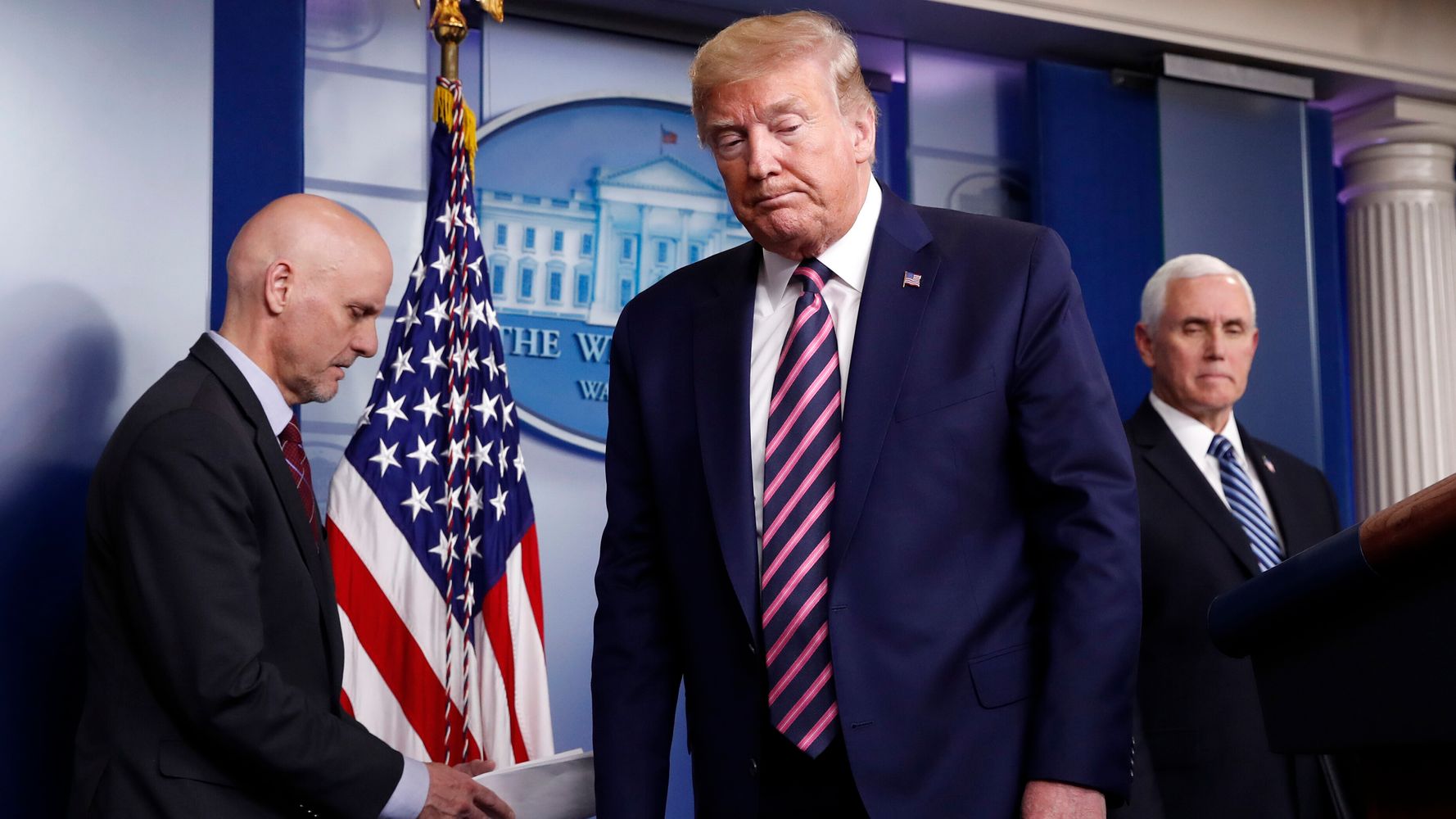 President Donald Trump abruptly ended his daily coronavirus briefing on Friday, walking out without answering any questions from the press, just a day after he suggested injecting disinfectant as a possible treatment for COVID-19.

At Thursday’s White House briefing, Trump had commented: “I see the disinfectant where it knocks it out in one minute.. .. Is there a way we can do something like that by injection inside, or almost a cleaning?”

On Friday, after widespread media coverage of his dangerous treatment idea, Trump walked back his statement by claiming he had been “asking a question sarcastically to reporters … just to see what would happen.”

At Friday afternoon’s briefing — which lasted a total of about 20 minutes — Trump spoke briefly before passing the podium to an FDA official and then Vice President Mike Pence.

After Pence spoke, all the officials walked out as some reporters yelled out questions to the president, which went unanswered.