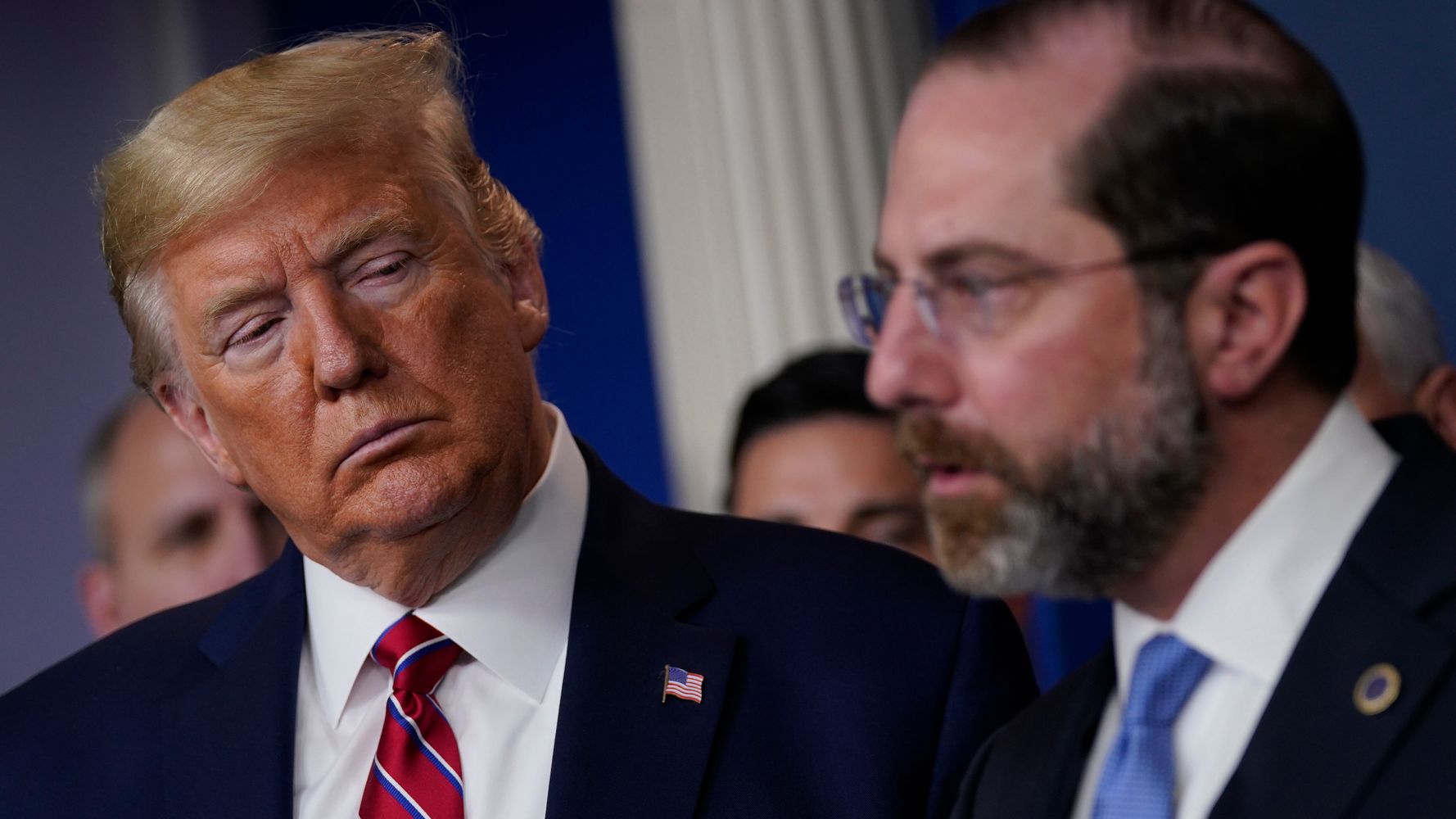 President Donald Trump dismissed reports that Health and Human Services Secretary Alex Azar could soon be replaced on Sunday, saying he was doing “an excellent job” as the nation continues to reel from the ongoing coronavirus pandemic.

Reports that H.H.S. Secretary @AlexAzar is going to be “fired” by me are Fake News. The Lamestream Media knows this, but they are desperate to create the perception of chaos & havoc in the minds of the public. They never even called to ask. Alex is doing an excellent job!

“Reports that H.H.S. Secretary [Alex Azar] is going to be ‘fired’ by me are Fake News,” Trump wrote on Twitter. “The Lamestream Media knows this, but they are desperate to create the perception of chaos & havoc in the minds of the public.”

The president’s assurances came just a day after The Wall Street Journal first reported that officials in the White House were weighing Azar’s removal over his efforts to tackle the early days of the coronavirus outbreak in the United States. More than 965,000 people have now tested positive for COVID-19 and the death toll topped 50,000 earlier this week.

Trump, reportedly growing frustrated and isolated as his administration is engulfed in controversy, has been reaching for anyone and anything to blame for the spread of the virus, casting a lens on the World Health Organization, the media, China and officials both outside and inside his own orbit.

But the president has been hesitant to shake up the medical leadership behind the nation’s coronavirus response, the Journal reported this weekend. Trump has regularly pushed back against allegations he is frustrated with Dr. Anthony Fauci or Dr. Deborah Birx, who are often forced to undercut the president’s claims that contravene medical advice.

Azar promptly retweeted Trump’s missive on Sunday, reiterating the claim reports of his imminent dismissal were “fake news” while championing the administration’s work to rein in the spread of the virus.

“While the #FakeNews media and their leaker allies collude to destroy this President, his Administration is following his leadership 24/7 to protect Americans and end a global health crisis,” Azar wrote. “POTUS took bold, early, decisive action for which he was heavily criticized by the same media outlets that continue attacking today.”

Reports of President Trump looking to replace me are #FakeNews. The media continues to smear @POTUS and his Administration’s fight against #COVID19 and grossly overlook the historic whole-of-government response that we’ve been delivering under the President’s leadership. https://t.co/xTqePeR3Cu

The White House has faced an onslaught of criticism throughout the pandemic over the availability of medical supplies, pleas that testing capacity be increased and the length of time it took for Trump himself to appear concerned that cases of the virus had even made it to American shores.

Trump has regularly replaced cabinet members and other administration officials he’s grown unhappy with. Azar is the president’s second HHS secretary after Tom Price was forced to resign amid scrutiny over his use of chartered flights.