Trump Threatens To Adjourn Congress For Not Confirming His Judicial Nominees 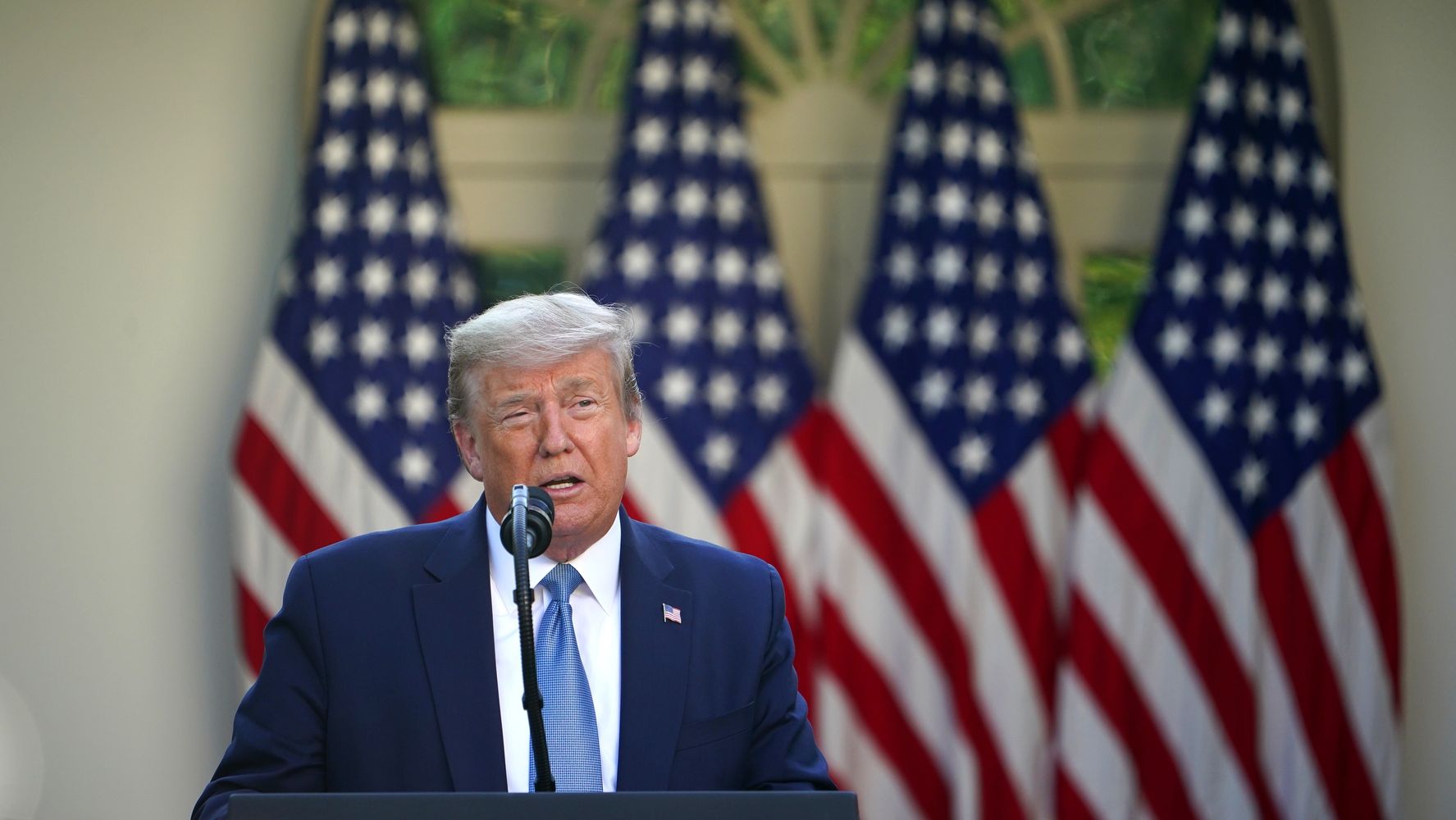 President Donald Trump spent much of Wednesday’s coronavirus briefing railing against Democrats for blocking his judicial nominees, threatening to shut down both chambers of Congress in the middle of a pandemic so that he can install them himself.

The president complained about what he called the “partisan obstruction” of nominees to federal judgeships and key administration roles that he said needed to be filled to address the spread of coronavirus, though he did not explain how. Trump blamed Senate Democrats ― who are the minority in the chamber ― for blocking his nominations, though most of the federal vacancies are a result of the president not selecting anyone to fill them.

Trump threatened to exercise a never-used constitutional power that allows the president to adjourn Congress if leaders of the House and Senate can’t agree on whether to adjourn.

The Senate is not slated to meet until May 4 and has been staying open in a “pro forma” session, holding generally brief meetings in the chamber. These sessions prevent Trump from being able to make recess appointments that bypass the regular Senate confirmation process.

“The current practice of leaving town while conducting phony pro forma sessions is a dereliction of duty that the American people cannot afford during this crisis,” Trump said in the Rose Garden. “It is a scam, what they do. It’s been that way for a long time. It’s a scam, and everybody knows it.”

The Republican-majority Senate would have to agree to adjourn itself before Trump could exercise the power. And for the Senate to adjourn, either every member — regardless of political party — would have to agree, or Senate Majority Leader Mitch McConnell (R-Ky.) would have to force a vote to formally adjourn. Such a move would require calling the entire chamber back to the Capitol during a pandemic.

McConnell spoke to the president on Wednesday and “pledged to find ways to confirm nominees considered mission-critical to the COVID-19 pandemic,” his spokesperson told HuffPost. Although his office did not address Trump’s threat to adjourn the chamber, it did suggest that advancing Trump’s nominees would require Democrats’ agreement.

Under Article II Section 3 the President does have the authority to convene Congress. Read more about those powers here via the @ConstitutionCtr pic.twitter.com/L5zy9JUnFY

Trump also told reporters that “it’s never, ever happened before” that a political party has blocked numerous judicial nominees chosen by the president of the opposing party.

That claim is false. The Republican-controlled Senate repeatedly blocked judges nominated by then-President Barack Obama ― most notably his Supreme Court pick Merrick Garland, which McConnell was mainly responsible for.

Trump and McConnell have worked together during Trump’s tenure to confirm as many judicial nominees as possible to reshape federal courts across the country. In February, the Senate Judiciary Committee voted to send 44 of Trump’s court picks to the Senate floor for a confirmation vote.

The president has also seen at least 31 circuit judges, 53 district judges and two Supreme Court justices confirmed during his time in office. One in 6 seats on the U.S. circuit courts are now filled by Trump-nominated judges ― more than any other president had confirmed by this point in their first term.

The nominees tend to be young conservatives with records of opposition to reproductive rights, LGBTQ rights, voting rights and the Affordable Care Act ― and Trump’s latest pick is no different. The president announced earlier this month, during the pandemic, that he plans to nominate 37-year-old Justin Walker to the U.S. Court of Appeals for the District of Columbia Circuit, the nation’s second-most-powerful court.