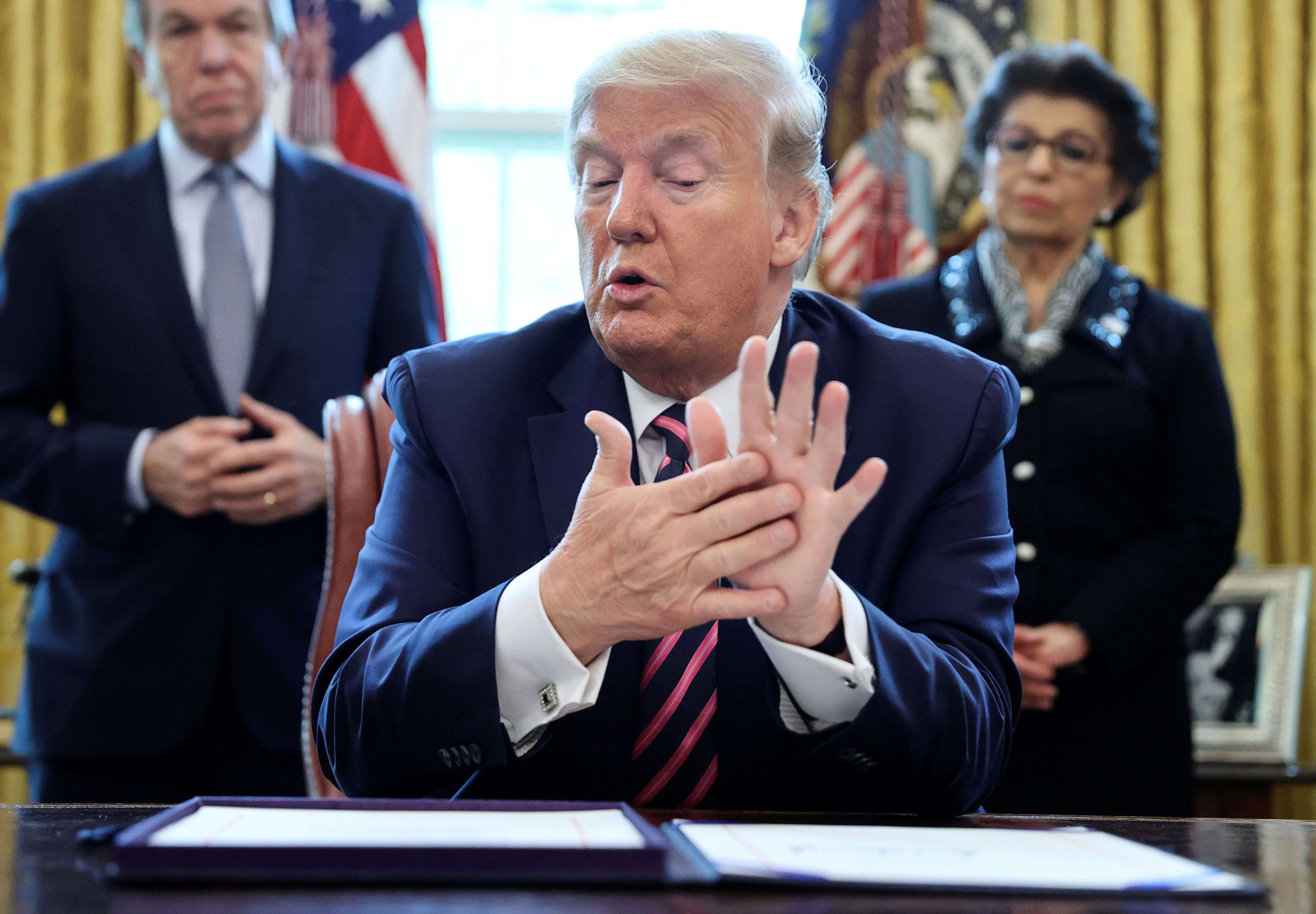 President Donald Trump on Friday attempted to walk back his dangerous and unfounded speculation about whether injecting disinfectants can help to treat Covid-19.

Experts, health officials and Reckitt Benckiser, the maker of Lysol, a household disinfectant brand, urged Americans not to attempt to inject or consume the cleaning product after the president raised the idea at a White House press briefing on Thursday night.

“I was asking a question sarcastically to reporters like you just to see what would happen,” Trump said Friday. He added that it was a “very sarcastic question to the reporters in the room about disinfectant on the inside.”

At the Thursday press briefing, Trump said: “I see the disinfectant that knocks it out in a minute. One minute.”

“Is there a way we can do something like that by injection inside, or almost a cleaning? Because you see it gets inside the lungs and it does a tremendous number on the lungs, so it would be interesting to check that,” he said.

The White House said earlier Friday that Trump had “repeatedly said” Americans should consult their doctors about coronavirus treatment and accused journalists of taking the president’s comments out of context.

Trump, who is facing reelection this year and is eager to get the economy back on its feet, has pointed to a range of potential treatments and cures for the coronavirus despite insufficient evidence.

For weeks, the president has pointed to hydroxychloroquine and chloroquine, anti-malarial drugs, as potential saviors, even as his administration’s top health agencies have not endorsed either to treat the new virus.

The medical dispute has already apparently had political consequences: An official who was recently removed from his post overseeing the federal agency that is rushing to develop a vaccine for the coronavirus said in a statement this week that he was ousted after pushing back on the two drugs.

In the statement, Rick Bright said that he “limited the broad use of chloroquine and hydroxychloroquine, promoted by the administration as a panacea, but which clearly lack scientific merit.”

Chloroquine gained attention as a potential treatment following two small studies that appeared to show promise last month. On Friday, however, the findings of a new chloroquine study were published in the Journal of the American Medical Association that raised more doubts about the drug.

The study had to be halted after nearly two dozen of the 81 Covid-19 patients being tracked died after receiving daily doses of the drug Trump has called a potential “game changer.”

Hawks pounce on suspects ‘in possession of six rhino horns’

Hawks pounce on suspects 'in possession of six rhino horns'