Hawks pounce on suspects ‘in possession of six rhino horns’ 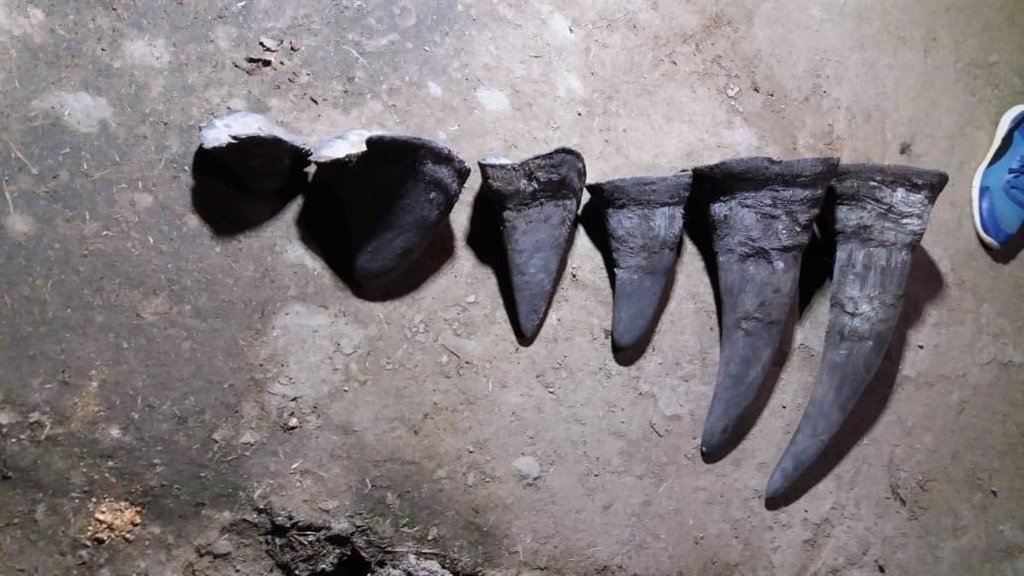 Three people have been remanded in custody in Mpumalanga after they were allegedly found in possession of six rhino horns, according to the Hawks.

Two men and one woman aged 24 to 34 were arrested and three vehicles, money and the rhino horns were seized, Hawks spokesperson Brigadier Hangwani Mulaudzi said on Sunday.

After it emerged the three were allegedly dealing in rhino horn, law enforcement launched an investigation.

“The team obtained a search and seizure warrant and descended on the suspects’ house in Clau-Clau.

“On arrival at the premises, an intensive search commenced, and members located a number of hunting knives in one of the three vehicles that were parked inside the yard.

“They also uncovered a sizeable amount of money inside the house.”

Law enforcement searched the suspects’ yard and found the six rhino horns hidden outside a restroom.

“The horns are believed to be sets from three dead rhinos,” he added.

“The suspects are expected to appear before Kabokweni Magistrate’s Court on Tuesday for illegal possession of rhino horns in terms of the National Environmental Management Biodiversity Act. Investigations are still continuing,” Mulaudzi said.

Hawks head Lieutenant General Godfrey Lebeya said the unit would continue to act against those involved in poaching.

“The DPCI [Directorate for Priority Crime Investigation] shall continue to deal decisively with those who are involved in poaching these species.”