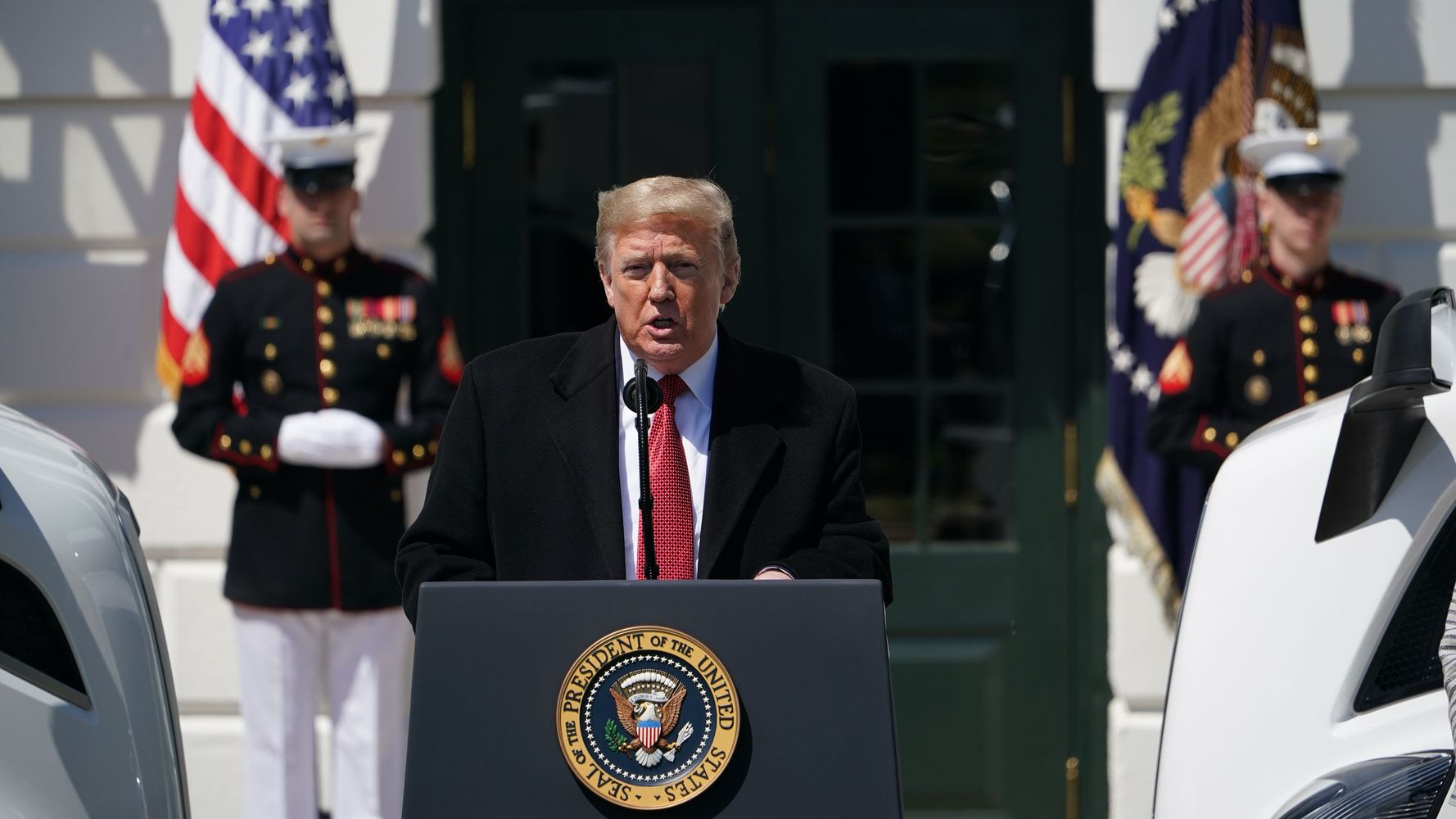 WASHINGTON (AP) — New White House guidelines outline a phased approach to restoring normal commerce and services, but only for places with strong testing and seeing a decrease in COVID-19 cases.

President Donald Trump unveiled his administration’s plans to ease social distancing requirements on a call Thursday with the nation’s governors. The new guidelines are aimed at clearing the way for an easing of restrictions in areas with low transmission of the coronavirus, while keeping them in place in harder-hit locations.

Places with declining infections and strong testing would begin a three-phased gradual reopening of businesses and schools, with each phase lasting at least 14 days, meant to ensure that the virus outbreak doesn’t accelerate again.

The Associated Press obtained a copy of the guidelines before their public release.

The recommendations make clear that the return to normalcy will be a far longer process than Trump initially envisioned, with federal officials warning that some social distancing measures may need to remain in place through the end of the year to prevent a new outbreak.

At earliest, the guidelines suggest that some parts of the country could see a resumption in normal commerce and social gatherings after a month of evaluating whether the easing of restrictions leads to a resurgence in virus cases. In other parts of the country, or if virus cases resume an up-tick, it could be substantially longer.

Trump briefed the nation’s governors on the plan Thursday afternoon, saying they were going to be responsible for deciding when it is safe to lift restrictions in their states.

“You’re going to call your own shots,” Trump told governors, according to an audio recording obtained by The Associated Press. “We’re going to be standing along side of you.”

Meanwhile, under the federal guidelines, those most susceptible to the respiratory disease would be advised to remain sheltered in place until their area enters the final phase — and even then are advised to take precautions to avoid close contact with other people.

The federal guidelines come after seven governors in the Midwest announced Thursday they will coordinate on reopening the economy, after similar pacts were announced earlier this week in the West and Northeast.

Trump held conference calls earlier Thursday with lawmakers he named to a new congressional advisory task force. The economic costs were clear in new federal data showing that at least 22 million Americans have been thrown out of work in the last month. But the legislators repeatedly urged the president not to sacrifice public health in an effort to reopen the economy.

“My highest priority on this task force will be to ensure the federal government’s efforts to reopen our economy are bipartisan, data-driven, and based on the expertise of public health professionals,” said Democratic Sen. Mark Warner of Virginia.

Business leaders, too, raised concerns to the president in a round of calls Wednesday, warning that a dramatic increase in testing and wider availability of protective equipment will be necessary before they can safely revive operations.

The federal government envisions a gradual recovery from the virus, in which disruptive mitigation measures may be needed in some places at least until a vaccine is available — a milestone unlikely to be reached until sometime next year.

“It’s not going to immediately be a situation where we have stadiums full of people,” said Housing and Urban Development Secretary Ben Carson on Thursday. “We’re Americans. We will adapt,” he added.

New Jersey Gov. Phil Murphy said at a news conference before the call with the White House that he planned to ask the president for “direct cash assistance,” citing the state’s troubled tax revenues. He also said he would press for “robust health care infrastructure” and mass testing with quick turnaround times before reopening the economy.

Trump said Wednesday that data indicates the U.S. is “past the peak” of the COVID-19 epidemic. He said the numbers have “put us in a very strong position to finalize guidelines for states on reopening the country.”

Dr. Deborah Birx, the White House coronavirus task force coordinator, added that data from across the country showed the nation “improving,” but that Americans had to recommit to social distancing to keep up the positive momentum.

She said nine states have fewer than 1,000 cases and just a few dozen new cases per day. She said those would likely be the first to see a lifting in social distancing restrictions at the direction of their governors under the guidelines set to be released Thursday.

But participants in a Wednesday call with Trump that included executives of dozens of leading American companies raised concerns about the testing issue, according to one participant who spoke on condition of anonymity to describe the private discussion.

Another participant said it was stressed to Trump that expansion of testing and contact tracing was crucial, as well as guidelines for best practices on reopening businesses in phases or in one fell swoop.

The participant said those on the call noted to the administration that there was about to be a rush on personal protective equipment. Many businesses that are now shuttered will need the protective equipment to keep their employees and customers safe.

South Carolina Sen. Lindsey Graham, a Republican close to Trump, said the lack of widespread testing was an impediment to lifting the social distancing guidelines. “We are struggling with testing at a large scale.,” he told ABC’s “The View.” “You really can’t go back to work until we have more tests.”

But some of Trump’s conservative allies, like economist Stephen Moore, have encouraged him to act swiftly, warning of “a mini Great Depression if we keep the economy shut down.”

“That is a catastrophic outcome for our country. Period,” Moore said he advised the president. “We can’t have 30 million people in this country unemployed or you’re going to have social chaos.”

The panel, which Trump dubbed the new Great American Economic Revival Industry Groups, also could help give him a measure of cover. If cases surge once restrictions are lifted, as many experts have warned, Trump will be able to tell the public he didn’t act alone and the nation’s top minds — from manufacturing to defense to technology — helped shape the plan.