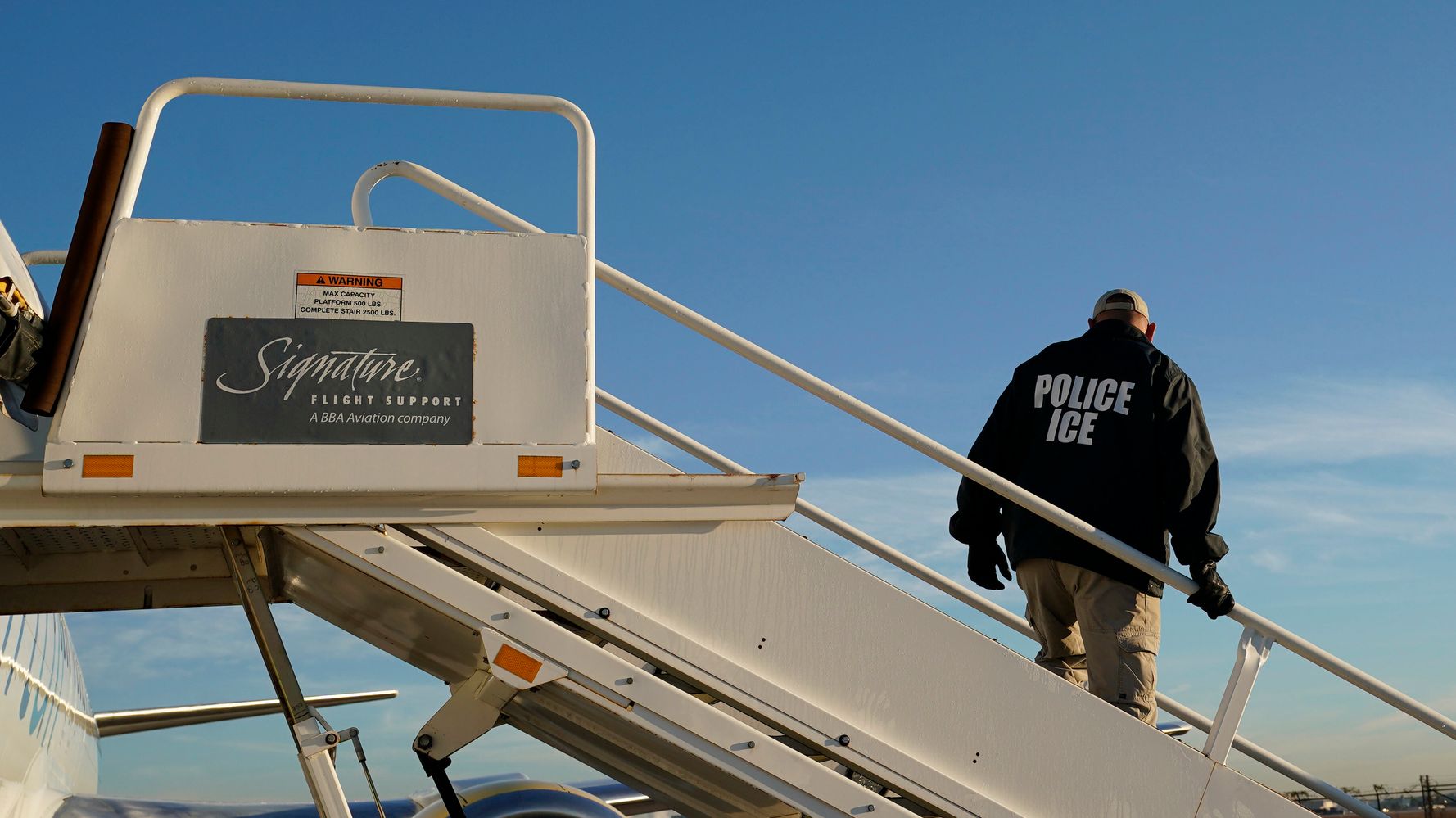 The Trump administration is scheduled to deport 129 Haitian migrants on Thursday, despite the fact that many of them have likely been exposed to the coronavirus in detention centers in the United States.

In the weeks leading up to the deportation flight, U.S. Immigration and Customs Enforcement detained at least 13 of those likely to be deported at Louisiana’s Pine Prairie ICE Processing Center, where at least two detainees have tested positive for COVID-19, the disease caused by the coronavirus. Several of the likely deportees shared a bunk at Pine Prairie with one of these coronavirus-infected detainees, and some are now feeling unwell.

One of the bunkmates, Fredly Charles, is now showing symptoms himself. He has “lost his sense of smell, and has a fever, fatigue and is sweating,” his attorney, Ira Alkalay, told HuffPost. Charles was told he might be deported this week, and he’s been given no indication that his symptoms have changed the plan, Alkalay said, who explained that migrants deported by ICE often don’t receive confirmation until the last minute about when exactly they will be deported.

Children may also be present on Thursday’s deportation flight, according to Nicole Phillips of Haitian Bridge Alliance, who told HuffPost that she has received information that 49 minors will be on the flight.

ICE did not respond to a request for comment on the planned removals.

President Donald Trump has responded to the coronavirus pandemic by clamping down even further on immigration, including shutting down the border to asylum-seekers and barring certain legal immigrants. His administration has also continued to carry out deportations, even though experts have warned that it increases the risk of spreading the virus, both among the people being deported and those they interact with in their native countries. The removal flight to Haiti is a prime example ― in its effort to expel immigrants from the U.S., the nation is endangering public health elsewhere.

“The U.S. shouldn’t be doing this,” a Haitian civil servant who works with deportees told HuffPost. By taking people from different detention centers and putting them together on a plane, particularly without testing them, “you put everybody at risk, including little children,” said the official, who spoke on the condition of anonymity because he fears for his job if he speaks out publicly.

Haiti is already struggling to respond to a growing number of coronavirus cases, including three Haitian deportees from the U.S. who tested positive for the virus after taking tests administered by the Haitian Ministry of Public Health. Those deportees were on the same flight from the United States to Haiti as several children, including a 3-year-old girl, according to the Haitian civil servant.

Further U.S. deportations could worsen the COVID-19 outbreak in Haiti, given that U.S. immigration authorities do not systematically test migrant detainees for the virus prior to deporting them. Public health experts warned that this outbreak could be particularly deadly due to the weaknesses of Haiti’s health and sanitation infrastructure and many Haitians’ lack of access to basic necessities.

A Haitian official who is involved in the country’s pandemic response said it would be dangerous to have more deportations “at a time when the domestic rate is rising and may increase exponentially.”

Since April 7, when ICE deported 61 Haitians, including the three who tested positive for COVID-19, the number of confirmed coronavirus cases in Haiti has climbed from 24 to 47, according to data from the Haitian Ministry of Public Health, which also reported that the disease has caused three deaths so far.

However, given that relatively little testing has been done in the country, the number of COVID-19 cases and deaths could, in reality, be much higher than these official statistics suggest, said the official working on Haiti’s pandemic response, who wished to remain anonymous because he fears reprisal.

The official confirmed that the three COVID-positive Haitians deported by the U.S. this month have been placed in isolation in a local hospital. Given that Haiti has very limited hospital resources, as well as a limited capacity to carry out COVID-19 testing, he warned that “this is putting an additional burden on all of our fragile systems.”

Alkalay, the attorney, said his client has repeatedly asked the authorities at Pine Prairie to test him for the coronavirus.

“He has been asking for a test quite insistently for days, and he has not been given a test,” he said, adding that some of the other detainees who believe they have been exposed to the virus have also tried unsuccessfully to get tested.

“There’s a strong likelihood that a lot of these people have been exposed to the coronavirus and would test positive,” said Phillips of Haiti Bridge Alliance, who, like Alkalay, has begun to suspect that this may be exactly why the U.S. government is not testing deportees for the virus.

“I think they don’t want to know,” she said.