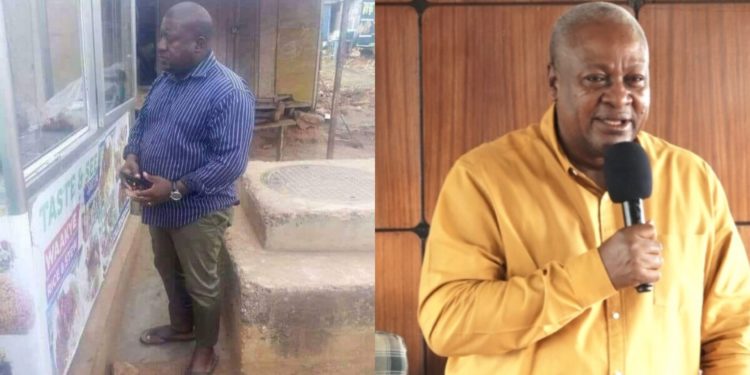 60
SHARES
332
VIEWS
Share on FacebookShare on TwitterShare on WhatsApp

Henry Nana Boakye a.k.a Nana B, National Youth Organizer of the governing New Patriotic Party (NPP), has flipped his lid over former President John Dramani Mahama’s ”do or die affair” comment which he made during an interview on a Techiman-based radio station.

The former President, speaking on Akina Radio during his ‘Thank You’ tour in the Bono-East Region, stated categorically that the 2024 general elections will no longer be a legal battle but he and his party – the National Democratic Congress (NDC) will do everything to win the elections at the polling stations.

“We learn from the past so we [NDC] have learned our lessons from the 2020 election. The next elections will be won or lost at the polling station.”

“We will do everything to make sure the election is transparent and fair. We don’t want to cheat them, so they shouldn’t. We won’t wait for any Supreme Court, no!”

Following Mr. Mahama’s statements, there were calls on him to apologize but he’s refused.

Taking Ghanaians through English classes, he defended his statements saying, “they don’t understand do or die. Do or die is an English idiom. In Africa, we have many proverbs and we sometimes don’t say things in the straight format, we use proverbs. In English, we have idiomatic expressions. Those who left school early don’t understand idiomatic expressions. Do or die means a critical assignment you have and so you must do the needful or perish”.

“What I mean is that the NDC should not wait and go back to the Supreme Court, whatever has to be done at the polling stations and collation centres must be done. And so I don’t retract, the next election for NDC is going to be a do or die affair. I’m telling all our party executives that you must be at the polling station to make sure that the right thing is done. Don’t abdicate your responsibility at that level and expect that after somebody has stolen the election we’ll go to Supreme Court to see if they would turn the election for us, they won’t do it,” he expounded in an interview on Moonlight FM at Sunyani.

Nana Boakye, speaking on Peace FM’s ‘Kokrokoo’ programme, replied John Mahama and his party members telling them not to think Ghanaians are dumb.

“You also get their General Secretary, Asiedu Nketia, to tell us that we are dumb and that our teachers didn’t teach us idiomatic expressions. Can you imagine? The General Secretary of the NDC is also adding petrol to the fire . . . that we’re unintelligent. Our teachers are unintelligent. Our teachers didn’t teach us idomatic expressions; so he (Mahama) will not retract his words,” he raged and stressed all Ghanaians understand the meaning of the former President’s words.

Nana B advised Mr. Mahama not to pay Ghanaians with ingratitude after they honoured him by electing him as President of Ghana.

” . . you’re still lying to your supporters and because of that, you’re calling for electoral war. You’re calling for mayhem that ‘do or die’, we should go and fight. And we ask you for clarification, then you tell us it’s an idiom. No, does my younger brother, Uncle or grandparent in the village know anything about idiomatic expression . . . that it’s an idiomatic expression, so do or die; people should die. Blood should flow when Ghanaians have honoured you before.”

”What sin have Ghanaians committed that you can tell us ‘do or die’? . . . You have been President and a Vice President before; is this how to repay Ghanaians?” he questioned Mr. Mahama.