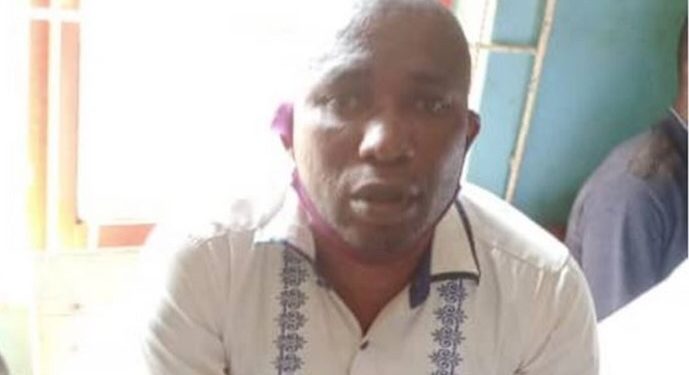 273
SHARES
1.5k
VIEWS
Share on FacebookShare on TwitterShare on WhatsApp

One Adebowale Adeola Babatunde who has been parading himself as a legal practitioner, has been arrested.

He was nabbed when he presented himself as a counsel before a Magistrate Court in Osogbo, Osun State.

It was gathered that the fake lawyer has been practicing for over 10 years. He was charged by Police in a case file number: MOS/152C/2021.

A statement by the Publicity Secretary of the Nigerian Bar Association, Osogbo branch, Dawood Ajetunmobi said the Ministry of Justice has taken over the case from the police after the union’s requested it to do so.

Babatunde had on March 10, 2021, appeared before Magistrate A. A Adeyeba to move a motion on behalf of his client, but the way and manner he conducted himself in the court raised suspicion which infuriated one of the lawyers in the court.

The lawyer, O.U Yussuf requested the court through an oral application to make enquiries about the status of Babatunde as a lawyer.

The magistrate gave a prompt order for the arrest of the defendant.

Meanwhile, the trial of the defendant which was supposed to come up on Wednesday, 8, September 2021 before the Osogbo Chief Magistrate A.K Ajala was stalled due to the absence of the fake lawyer.

In his ruling, Magistrate Ajala refused the prosecutor’s prayer and adjourned the matter to September 24, 2021 for fresh arraignment since the matter is coming up before him for the first time.