Up to 50,000 Kids May Be Hospitalized With COVID 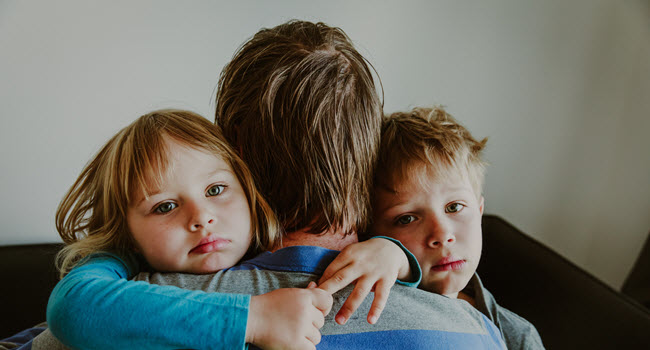 
WEDNESDAY, April 22, 2020 (HealthDay News) — While children seem to have been largely spared from the worst of the coronavirus pandemic, a new study suggests it’s possible that up to 50,000 U.S. children might end up hospitalized with COVID-19 by the end of 2020.

And, if around 25% of the U.S. population has been infected with COVID-19 by the end of this year, it’s likely that more than 5,000 children and teens would be critically ill and require mechanical ventilation, the researchers estimated.

“We don’t want to be alarmist. Children are still the lowest risk proportion of the population. But it would be a mistake to think that COVID-19 isn’t a risk for everyone,” said study author Jason Salemi. He’s an associate professor of epidemiology at the University of South Florida’s College of Public Health, in Tampa.

Salemi said it’s particularly important to think about risk as officials discuss lifting restrictions that have helped lessen the impact of the disease. These mitigation measures have included things like school and business closures.

“By using these mitigation strategies, it looks like we have been flattening the curve, and if we keep on with what we’re doing, we may not overwhelm our health care system,” he said.

But if mitigation measures are lifted or loosened, infection rates may go up again. Hospitals may see a renewed influx of patients, including pediatric ones. And, it’s important to plan for sick children because they present additional challenges, such as a need for smaller medical supplies, and how to design policies that allow a parent to safely stay with a sick child, Salemi explained.

The researchers turned to data from China to get an idea of how the infection might affect children. More than 2,100 children were infected with coronavirus in China.

Then they looked at how the disease was affecting children in the United States. Between March 18 and April 6, there were 74 U.S. children admitted to pediatric intensive care units. Salemi said more children have been hospitalized since that time.

The researchers used statistical modeling to estimate that more than 176,000 children (aged 0 to 17) were likely infected with the virus during this time. And that’s important to consider, as well, because children may not have any symptoms but may still be infected and contagious, Salemi noted.

Almost half of the kids that ended up in pediatric intensive care units were between 12 and 17 years old. Kids between 2 and 11 years old made up 24% of the serious cases, while the youngest kids — those under 2 years of age — accounted for 30% of the most serious illnesses in children.

The average hospital stay for a child or teen with COVID-19 is 14 days, the researchers said.

Salemi said based on current mitigation strategies, he doesn’t expect the pediatric health care system in the United States to be overwhelmed. But he said depending on how quickly Americans try to reopen businesses, schools and large events, these estimates could change.

He also noted that children from low-income families are likely to be the hardest hit because their parents often have jobs that can’t be done from home. And, they may live in more cramped housing.

Dr. Marcelo Malakooti, medical director of the pediatric intensive care unit at Lurie Children’s Hospital in Chicago, said his hospital has had children with COVID-19 infections, but added, “Our numbers are not very high, but it’s really too early to know how coronavirus will affect the pediatric population at large.”

Parents and pediatric specialists “definitely can’t let our guard down,” he said.

Malakooti cautioned parents to be particularly careful about having children near high-risk groups, such as elderly people. That’s more to protect those at high-risk from asymptomatic infections that can occur in children.

“Children are not little adults. COVID infection symptoms can be similar to those in adults, but may be milder. It’s best to be extremely vigilant beforehand. Avoid crowds. Teach kids to wash hands before and after eating. Clean high-touch surfaces,” he said.

And, Malakooti added, “It’s important to keep kids in optimal health. Don’t skip well-child visits, and make sure your kids get their immunizations.”

The study was published online April 16 in the Journal of Public Health Management and Practice.

Bored In The House? Teen Rescued After Getting Stuck In The Washing Machine During Game Of Hide And Seek | News