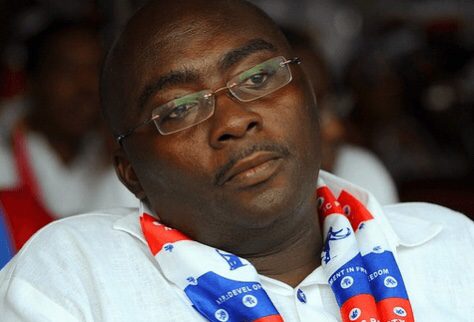 338
SHARES
1.9k
VIEWS
Share on FacebookShare on TwitterShare on WhatsApp

A victim of the Appiatse explosion has complained of paying over GH¢11,000 medical bills despite a promise by the Vice President that government will absorb all the costs.

The victim, Samuel Cudjoe, a staff of Zondatech Ghana Limited, was travelling to Wassa Akropong when the explosion occurred.

He sustained serious injuries and needed urgent surgery to save his situation.

A colleague of his who has been assisting him at the hospital, Theophilus Nartey, complains of how they are being made to pay monies at the two health facilities they have been to – the Tarkwa Government Hospital and the Effia Nkwanta Regional Hospital – before the victim will be attended to.

He disclosed to the host of Connect FM’s Omanbapa morning show Nyhyiraba Paa Kwesi Simpson on Wednesday, January 26 that despite the promise made by Dr. Mahamudu Bawumia, they are being asked to pay the medical bills.

Theophilus Nartey said his colleague was initially admitted at the Tarkwa Government Hospital before being transferred to the Effia Nkwanta Regional Hospital.

“We were transferred from Tarkwa to the Effia Nkwanta Hospital a day after the disaster. We were asked to hire a private ambulance from the Tarkwa Government Hospital where we paid over GH¢2,200 for the driver and nurse who accompanied us. This was because there was no ambulance available. At Effia Nkwanta too, we were made to pay for some services. In all, we have spent about GH¢11,000 on medical bills. But we thought the Vice President said it was free,” he lamented.

In response, the Public Relations Officer for the Effia Nkwanta Regional Hospital, Christian Baidoo, expressed regret about the development.

He indicated that the hospital is poised to ensuring the directive of the Vice President is adhered to and if any victim has paid any money to the hospital, it will be refunded.

He added that some of the victims from the disaster in the hospital have not paid any money and it is the policy of the facility to take care of any patient before bills are provided.

“It is the policy of our hospital to take care of any patient before we issue them bills. We have three victims from the Appiatse disaster at the facility and I can tell you some of them have been treated without taking any monies from them. We have taken notice of the case of Theophilus and the hospital shall refund every money he has paid if he can produce the receipts. Investigations have also been launched into the issue,” Christian Baidoo promised.

Meanwhile, checks at other medical facilities where victims of the disaster were admitted indicate that most of them have been paying their medical bills.