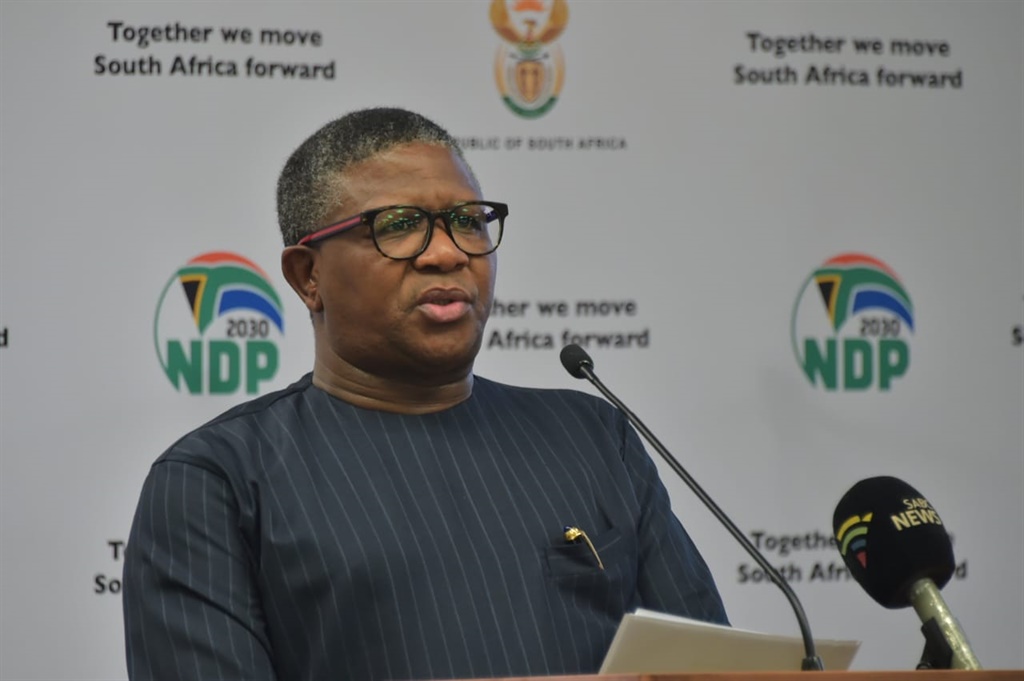 Minister of Transport Fikile Mbalula and his office have hit back at criticism after a video, which went viral, shows him asking for a motorist, who said he had gone to buy food, to be arrested because he did not have a permit.

In the video, Mbalula is seen questioning the motorist on where he is going to and asking him to show a travel permit.

The clip was filmed last Friday during an operation at Grasmere toll plaza, where Mbalula released the Easter weekend road death statistics.

News24 reported that 28 people, many of them pedestrians, were killed on South Africa’s roads during the Easter weekend.

In response, the ministry said the short clip did not give the full context of what had occurred during the operation, resulting in the motorist’s arrest.

That guy lied his car expired 2016 he lied also about owning a super market.

Mbalula, in a series of tweets, replied that the man had lied and that “his car expired 2016 (sic), he lied also about owning a supermarket.”

Esethu Hasane, the department’s media liaison officer, also responded on Twitter, saying the video was short and gave no context as to what happened.

He added that the motorist was driving with 2016 documents and that, when he was stopped at the toll gate, the motorist said he was on his way back from buying food – but no food was found in the car.

When News24 reached out to the office to seek more clarity on what had happened, Hasane said the department would not be giving any further comment beyond their responses on Twitter.

Lockdown regulations allow people to leave their house if they have essential business to do, such as buying groceries or seeking medical assistance.

Video is short and doesn’t have context. ?? The driver was driving with 2016 documents. ?? At the Toll gate, his defense was that he on his way back from buying food, no food in the car.Roadblock had mostly essential service workers passing, allowed with legal documents. https://t.co/1vcxiS8YDg