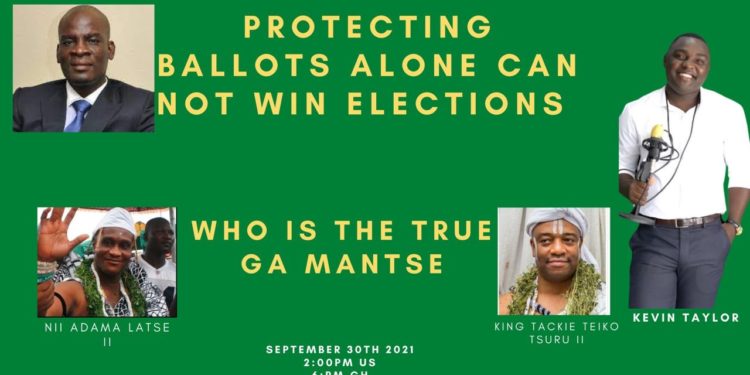 83
SHARES
462
VIEWS
Share on FacebookShare on TwitterShare on WhatsApp

Chieftancy plays an important role in National development. While we admits it’s one of the most sensitive issues in Ghana and even around the world, we have taken our time to do this expose based on how bad things could go if issues around the Enstoolment and recognition of Ga Mantse is not resolved.

Through our investigation, it has become clear that people in Government specifically at the Presidency under President Akufo Addo are using their influence to pull the strings behind the scene to distort what has been a peaceful transition of having a Ga Mantse until the NPP won Power in 2016 elections.

When Boni Nii Amugi II(Ga Mantse) passed on on 10th December 2004, there was somehow a rift between factions who felt they are next to be the successor of the late Late of the Ga land.

Between that period to 2011, there was no Ga Mantse due to issues around the chieftaincy and how families never came into agreement as to who should be the rightful successor of the throne should be.

Apparently, the government at the set up a committee led by renowned diplomat Dr KB Asante.

The committee concluded its work, an acting Ga Mantse was enstool and a subsequent permanent one was later enstool in the person of NII ADAMA LATSE II

He has served in the capacity as a Ga Mantse with recognition and validation from all relevant institutions like the Greater Accra regional house of chief and the National House of chiefs until there was change in Government.

Government led National security stormed his palace to ransack the place saying Nii Adama Latse II who has been Ga Mantse for 5 years can no longer hold himself as the rightful chief when all relevant people have validated his reign.

The documents below gives Credence to what has transpired since 2004 when Boni Nii Amugi II died till Nii Adama Latse was eventually enstool and how people in Ghana specifically Lord Commey who is the Director of Operations at the Presidency is bent of destroying all works done in past in have a Ga Mantse.

The audio below, however is the voice of Lord Commey the Director of Operation of President Akufo Addo saying how Government is bent on changing documents and facts to destool Nii Adama Latse II for King Tackie Teiko Tsuru II to become the Ga Mantse