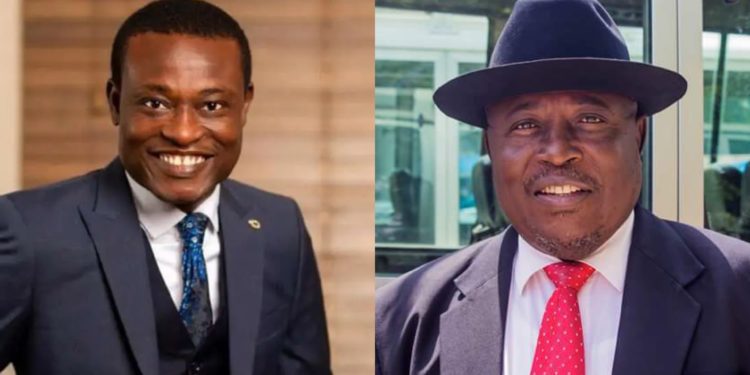 24
SHARES
134
VIEWS
Share on FacebookShare on TwitterShare on WhatsApp

The Special Prosecutor has disclosed that he will not fall on his predecessor Martin Amidu for nuggets on how he can discharge his duties.

According to Kissi Agyebeng, the former Special Prosecutor did not give him a benefit the doubt and went all out attacking him once his name came up as the nominee for the role.

Speaking on Peace FM’s Kokrokoo program, Kissi Agyebeng said that Martin Amidu spoke from a position of ignorance with his attacks on him.

Kissi Agyebeng played down questions of cold relationship between him and Martin Amidu but maintained that Amidu is not one of the persons he will call for advice.

Kissi Agyebeng also revealed that Martin Amidu left behind a note but maintained he would not delve into the details of the document.

“I met a handing over note but I don’t want to talk about it. Just when I was nominated, the person started insulting me. How can I go for an advice from such person? I don’t have a problem with him but he doesn’t know me and you don’t insult someone you don’t know.

Kissi Agyebeng said that instead of the dwelling on the past, he is rather focused on the present and bent on making corruption a ‘high risk’ activity in the country.

“I will go to Professor Mensah Bonsu for advice. I can’t go to the person who insulted me. The past is over and my focus on the future. We are focused on what Ghanaians want now. When I realized that the office had not been set up, I had to do it quickly and we’ve done it.” Earlier on StarrFM, Kissi Agyebeng hit back at Amidu for attacking him, noting that his vitriolics were avoidable.

“If you don’t know me and you sit in your house and draft something and put it out there and people believe you, that is you. If he has seen me with the president and the way I relate with the president, the way we talk to each other and if he calls me what he says and all that, you have no inclination whatsoever and you go to say something like that, you are the poorer for it. You are the poorer for it because you have no basis in saying what you are saying but you are saying it. So when I hear all these comments, I shrunk,” Kissi Agyebeng said.

Martin Amidu in one his periodic epistles, opined that Kissi Agyebeng is a puppet of the government, appointed to further the interest of some persons including President Akufo-Addo.