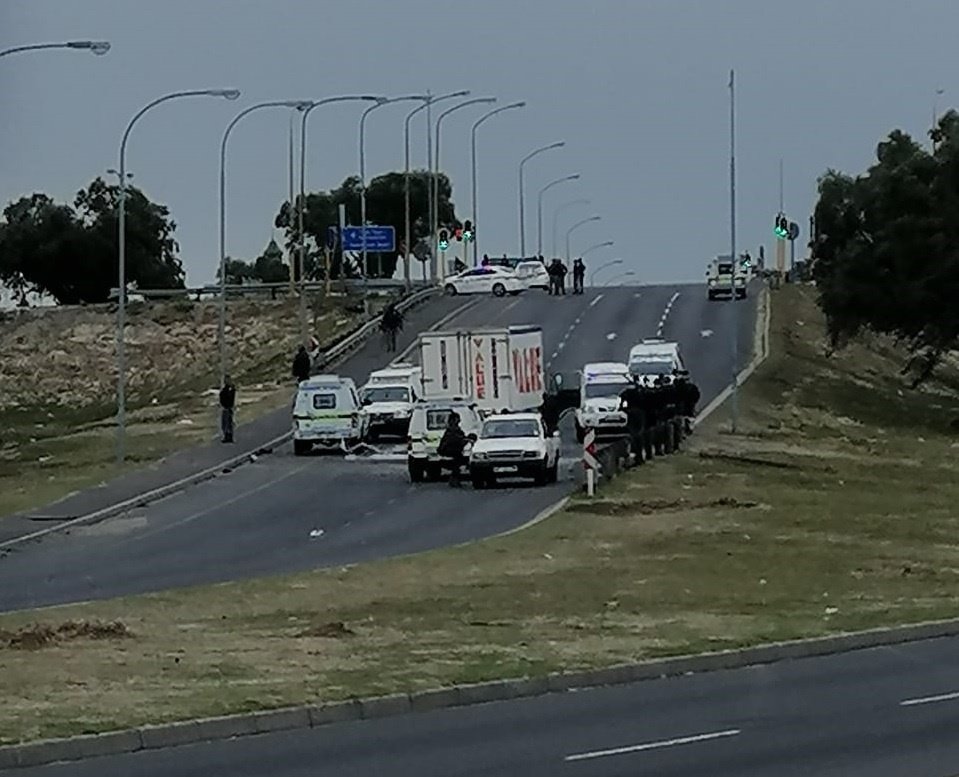 Two food truck drivers have been injured after their vehicle was stoned by looters who barricaded Robert Sobukwe Drive in Cape Town on Monday.

Four people have been arrested in connection with the incident.

“According to information, the drivers, aged 32 and 46, sustained injuries as the trucks were pelted with stones. One was transported to a medical facility, while the other was treated on the scene.

“A group of people helped themselves to the contents inside the trucks,” said Western Cape police spokesperson Sergeant Noloyiso Rwexana.

Later, police were able to follow up on information received and arrested four people.

Two more people, aged 24 and 30, were then also arrested in Netreg in Cape Town for being “in possession of presumed stolen property”, Rwexana said.

The City of Cape Town said Robert Sobukwe Drive had been closed for a period of time after the incident.