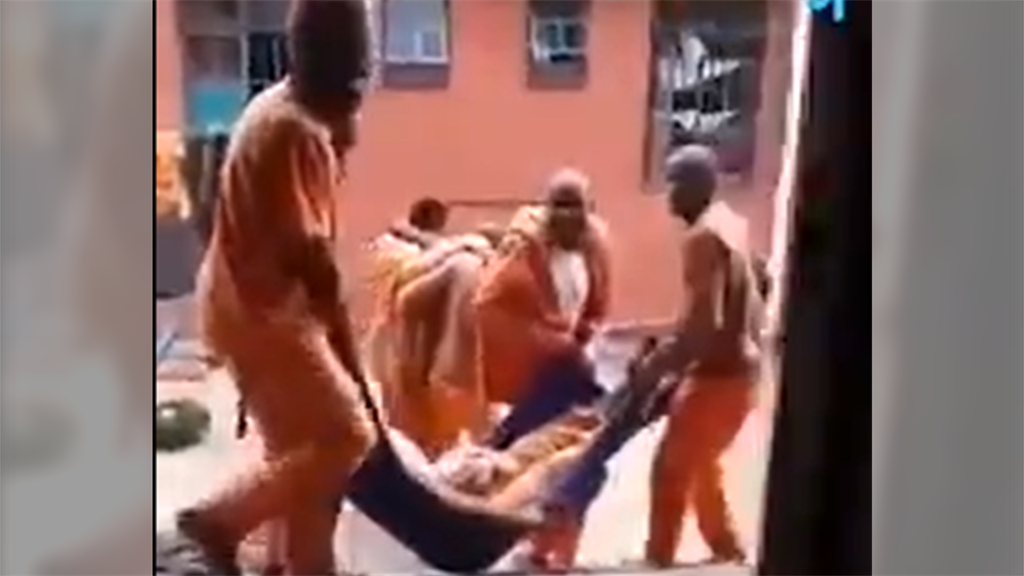 While the Department of Correctional Services says there was minimum violence when a riot broke out at Bavianspoort Prison in Gauteng earlier this week, a video has emerged which paints a different picture.

Despite the department’s assurance that no firearms were used inside the centre, the video shows prison officials chasing down inmates and shooting at them.

Two unconscious inmates are then seen being carried away in blankets and blood can be seen on the floor.

‘They are killing us’

As the scene plays out, inmates are heard shouting “they are killing us” repeatedly.

In a statement released on Monday, the department said the disruption was instigated by South African Prisoners’ Organisation for Human Rights president Golden Miles Bhundu and other individuals who incited a “revolt against the state” over Covid-19 concerns within prisons, News24 reported.

It added inmates had become disruptive and minimum force was used to restore order.

Lawyers for Human Rights attorney Clare Ballard told News24 she had confirmed the authenticity of the videos through a client who was at the prison.

Ballard said the videos reflected what happened at the prison when inmates and officials clashed.

The department said the protests were unwarranted because it had implemented measures to curb the spread of Covid-19 and assured prisoners were protected.

“There has been screening at our centres, and supplies are being provided continuously, both for inmates and officials.

“Improving personal and environmental hygiene, provision of personal equipment, sanitisation and decontamination interventions are what we have been doing and continue to do,” it said.