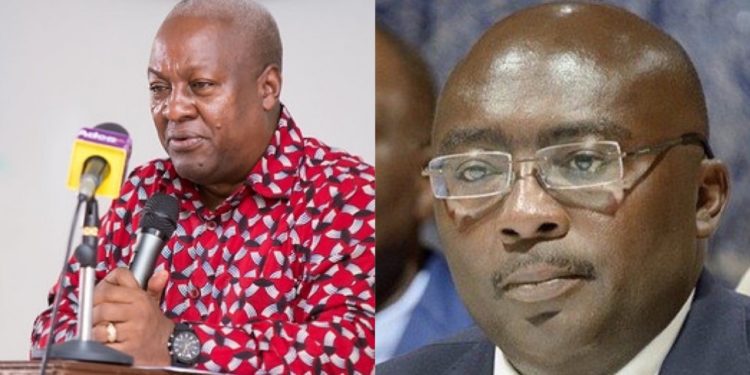 97
SHARES
540
VIEWS
Share on FacebookShare on TwitterShare on WhatsApp

Former President John Dramani Mahama has questioned what has been the impact of the propaganda laced Economic lectures Dr.Bawumia current Vice President held while he was in Opposition.

Speaking in Accra to wrap up his “Thank You Tour” the former President said if someone had prophecies that this is how inconsistent and inept the NPP are going to be in Power he himself wouldn’t have believed.

He stated that the NPP led by Akufo Addo with his next in Command Bawumia said so many ludicrous things just to win power only for them to win and messed up every single good thing they inherited from him.

He spoke on the increasing level of National debts and stated Government must stop the wasteful spending and channel the monies into alleviating poverty and bringing progress to Ghanaians.

Mr Mahama bemoaned Government reckless borrowing and said our current Debt to GDP ratio of 80% is not something Government should be proud of.

He called on Akufo Addo to stop the profligate style of living by renting luxury jet for traveling and be cautious of the hardship in the system.