What The Conversation About Rashida Jones’ Blackness Is Missing 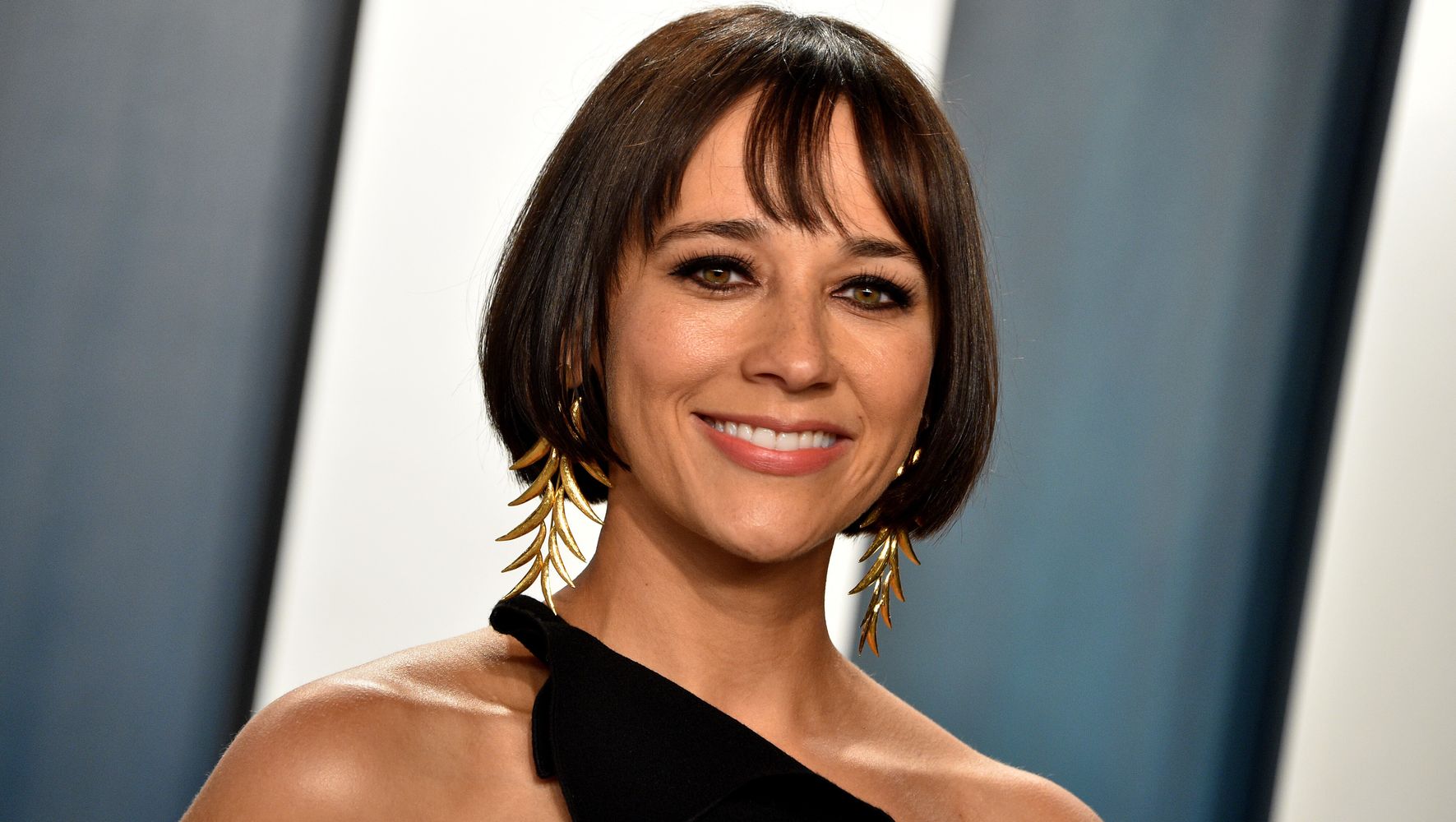 Kenya Barris’ new show, “#blackAF,” premiered on Netflix last Friday and instantly became fodder for several heated Black Twitter debates. Many people felt the series was simply retreading themes that Barris had already explored on his ABC series “black-ish,” only this time as a mockumentary starring him. Others questioned how a show called “#blackAF” could feature so few dark-skinned Black people (barring the brown-skinned second-oldest daughter played by Iman Benson, Barris’ family members on the show are all portrayed by light-skinned actors). And then, there was the Rashida Jones debate.

Jones is what some white casting directors might describe as “ethnically ambiguous.” Her hair doesn’t really curl, her skin is light, her eyes are hazel. The 44-year-old actor has often played characters who were explicitly white or whose ethnicity was sort of left up to the audience to figure out. On “The Office,” she played Karen Filippelli, an Italian American woman. On “Parks and Recreation,” she played Ann Perkins, a character described only as “ambiguously brown.”

Jones has played explicitly Black or mixed characters in the past — she guest-starred on “black-ish” as Rainbow’s younger sister, Santamonica — but the majority of her best-known roles have either glossed over or actively avoided her blackness altogether. Racial ambiguity is seemingly so much a part of her narrative as an actor that when certain netizens took to social media to discuss “#blackAF” the day it premiered, many declared that they were genuinely unaware that she was mixed, let alone the child of legendary producer Quincy Jones.

Now I know she had a white ass name on Parks, but they never said she wasn’t black…. ya’ll did.

A quick google would tell you who her LEGENDARY ASS father is… pic.twitter.com/61wH6W9bmu

I understand the passion behind some of the outrage. For so long, there have been so few positive images of dark-skinned Black women in media that people can get testy whenever it feels like Black films and TV shows aren’t actively making space for those images. For his part, Barris has explained that the show is based on his life, and his family on the show mirrors his family in the real world.

“I do feel like this is my family, and I feel like I do want these characters to be seen as Black, once again in the same way I don’t want us to be divisive,” Barris said in an interview with HuffPost.

But as The Undefeated writer Soraya McDonald pointed out in a review of the show, “#blackAF” doesn’t do the real work of unpacking the privilege and oppression wrapped up in being Black but also light-skinned and wealthy. “The show is completely blinkered when it comes to the ways that class gives the Barris family a foot up, and that’s where its self-aware shtick begins to fall apart,” McDonald wrote.

That said, the debate around the show and, by extension, Jones’ blackness hovers precariously close to the edge of being totally ineffectual. Quantifying a person’s blackness based on the “one-drop rule,” or whether their mama is white or Black, or whether they know all the right Black cultural references and markers, can go on forever and devolve into the most arbitrary minutiae. What’s far more interesting is considering why Jones chose this moment and this particular show to play her “blackest” character so far, a character whose mixed-race identity so closely resembles her own?

Is the dearth of these kinds of characters and projects within her career down to her own complacency and comfort with playing white-passing, white and racially ambiguous characters? Is it down to her actively trying not to take Black roles from darker-skinned actors for the sake of representation? Is it down to a Hollywood machine that doesn’t know how to write for and what to do with Black or mixed women who don’t look obviously Black? Is it a combination of all that? Does playing this role reveal her desire to actually explore her mixed identity on screen? These are the questions worth exploring beyond the question of whether a woman who looks like Jones should be on a show called “#blackAF.”

At the moment, it’s not clear how Jones feels about the criticism around the show and her character. The actor, who also directed the third episode of the series, recently spoke to Variety about how the show intersects with her own experiences.

“Kenya and I have talked a lot about first- and second-generation black wealth and how it intersects in Hollywood and what that means and what that feels like,” Jones said. “The pressure and the dysfunction that can come from that.”

The pressure and dysfunction she speaks up may arise when it comes to generational wealth, but it’s obvious that it must also come up when navigating blackness as a white-passing person.

In a 2005 Glamour interview, Jones and her sister Kidada talked about their differences in navigating their mixed-race identity. Kidada Jones explained that growing up, she identified with being Black while her sister “passed” for white.

“‘Passed’? I had no control over how I looked,” Rashida Jones said in the interview. “This is my natural hair, these are my natural eyes! I’ve never tried to be anything that I’m not.”

Jones’ complaint may elicit an eye roll because whatever hardships she’s faced over the way she looks pale in comparison to the hardships darker-skinned actresses face (especially those with no familial Hollywood connections). But it does highlight a reality about Hollywood’s need to categorize Black women. This need to categorize blackness is, ironically, echoed by “#blackAF” itself and some of the debate surrounding it. This is where the tension lies.

If “#blackAF” were a better conceived show, it would have more deftly explored that tension, futility and complexity in categorization. It would have acknowledged not only how wealth and proximity to whiteness affect the way some Black people move through the world, but also how colorism and light-skinned privilege play a role. The show and Jones’ character are largely written without acknowledging the nuances of how rich, light-skinned Black people face oppression, ultimately doing a disservice to the material as a whole. If Jones’ character on “#blackAF” were played by a dark-skinned actor, “#blackAF” would not be the same show. The problem is, it doesn’t seem to know that.