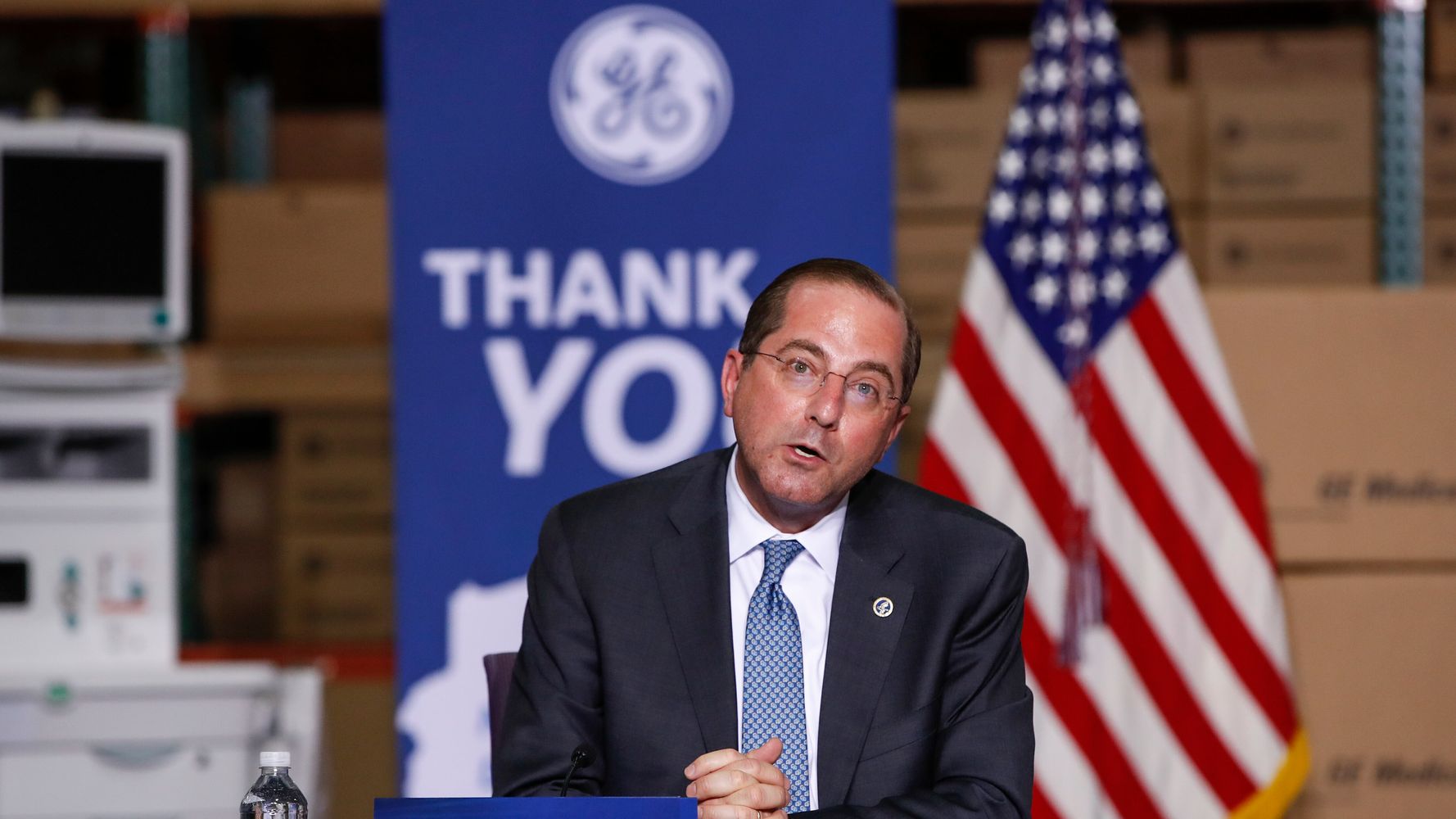 The White House is reportedly discussing plans to replace U.S. Health and Human Service Secretary Alex Azar as the Trump administration faces criticism for its delayed response to the coronavirus outbreak, which has killed over 50,000 people in the U.S. so far.

Talks to potentially remove Azar from his post are happening after weeks of growing tension between the HHS secretary and other administration officials.

Just this week, President Trump’s former 2016 campaign adviser Michael Caputo was installed as a top spokesperson for HHS ― a move reportedly made to give Trump more control over Azar, Politico reported earlier this month.

Meanwhile, President Trump has spent most of the White House’s coronavirus task force updates defending his handling of the pandemic and the Strategic National Stockpile, shifting the blame to state governors, the Obama administration, the World Health Organization and China.

The Wall Street Journal and Politico were the first to report on Azar’s potential ousting with both outlets citing people familiar with the discussion. CNN also confirmed the talks, citing a senior administration official.

The reports said that there is no clear timeline for Azar to be moved, as officials are worried about personnel changes during a pandemic.

In a statement to CNN on Saturday night, the White House denied any plans to remove Azar.

“The Department of Health and Human Services, under the leadership of Secretary Azar, continues to lead on a number of the President’s priorities,” said spokesman Judd Deere. “Any speculation about personnel is irresponsible and a distraction from our whole-of-government response to COVID-19.”

Despite the White House’s downplay of the reports, Azar and the administration have been at odds during the pandemic.

According to a report published Wednesday by the Journal, Food and Drug Administration chief Stephen Hahn was told in January that he could not begin contacting diagnostic and pharmaceutical companies about potential shortages of personal protective gear and other equipment.

Azar had reportedly told his associates that doing so would “alarm the industry and make the administration look unprepared,” according to the Journal, who spoke to people familiar with the matter.

Azar also dismissed concerns from Trump administration officials that Hahn was not on the White House’s coronavirus task force since his absence would stifle the FDA’s efforts to work with commercial labs on testing, according to the paper.

Earlier reports have also said that Azar and Trump’s relationship had been souring.

The Washington Post reported in late March that Azar and former acting White House chief of staff Mick Mulvaney encouraged Trump to act earlier on a response to the growing threat of the coronavirus, but Trump appeared “dismissive.”

In response to reports that Azar and Trump were at odds, Caputo said in a Tweet Wednesday that the secretary was “serving the American people alongside [Trump] during this pandemic.”

Azar “has clearly told many reporters that POTUS has responded resolutely to all recommendations from public health experts,” Caputo added. “The #FakeNews peddlers who heard him say this won’t report it because it proves POTUS’s early leadership.”