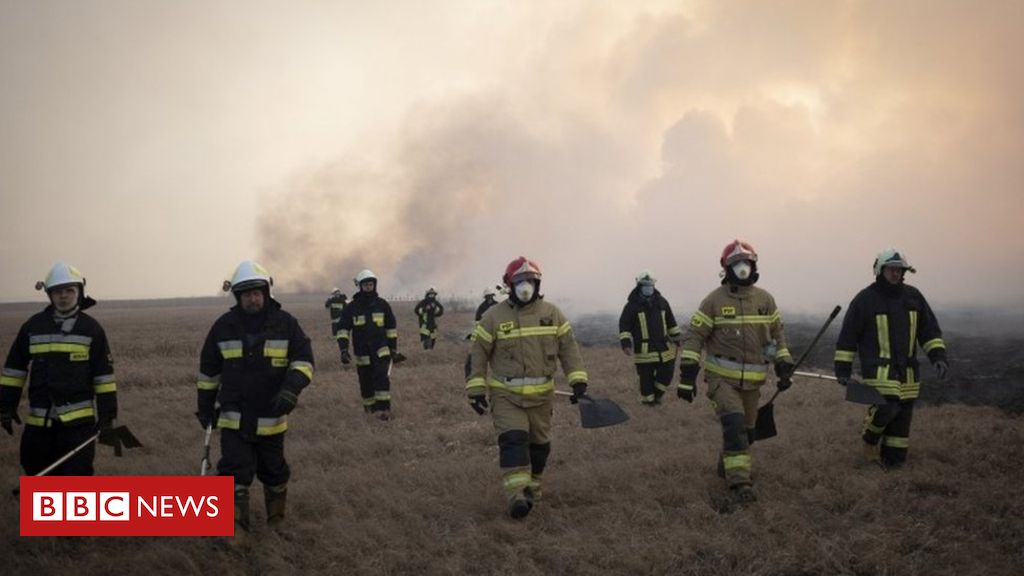 Around 6,000 hectares of the Biebrza National Park – roughly 10% – are currently in flames as hundreds of firefighters attempt to get the blazes under control.

The Environment Ministry said the fire was most likely caused by farmers illegally burning grass.

The situation is worsened due to the fact Poland is currently experiencing its worst droughts in decades.

” It is not possible now for fire to ignite itself – this is not the middle of summer, there is no heat or storms,” said park director Andrzej Grygoruk. “I don’t know what to call it. Stupidity? Irresponsibility?”

“Spring is an abrupt explosion of life. It is impossible to calculate the loss. This is a tragedy, it cannot be described,” Janina Agnieszka Zach, a tour guide at the park, told TVN broadcaster.

“We may have to fight this fire for months.”

Biebrza National Park is located in the north-east of the country, near the border with Belarus. A low-lying area, it is known for its peat bogs and wetlands, inhabited by rich birdlife, beavers and elks.

All photos subject to copyright.