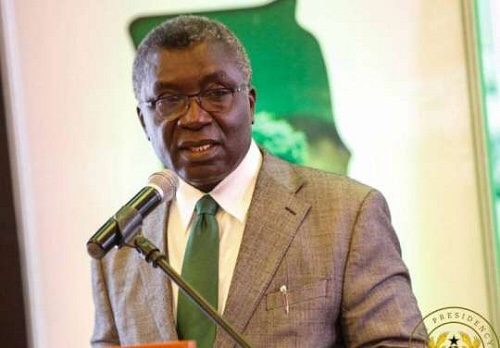 18
SHARES
101
VIEWS
Share on FacebookShare on TwitterShare on WhatsApp

A former Minister of State, Professor Kwabena Frimpong-Boateng, has observed that wrong attitudes, the lack of righteousness and integrity are the major causes of indiscipline and corruption which are affecting the socio-economic development of the country.

He said those issues appeared to persist in spite of the national call for attitudinal change, insisting that the situation had accounted for the loss of confidence in state institutions by the youth.

Prof. Frimpong-Boateng, who was speaking at the launch of the 70th anniversary of the Sekondi College in Accra yesterday, said: “We are living in difficult times when a lot of Ghanaians have lost not only their orientation, but also confidence in state institutions and many young people do not seem to have any future in Ghana.

“We are living in times when the best of our efforts do not seem to be good enough to stem the tide of the exodus of young people to foreign lands. Wrong attitudes breed the indiscipline and corruption that are now destroying the very fabric of our society,” he added.

Prof. Frimpong-Boateng, an old student of the school himself, noted that over the past decades, the criteria for choosing people to manage public institutions had changed from competence to individuals who were rather selfless and loyal to powerful people in the society.

“We need individuals who will inspire us, not those who will insult one another and most of the time, without any provocation,” he said.

The heart surgeon, therefore, underscored the need for the youth to recognise the need for a change in their attitude.

There must be a change in the way we do things because the system cannot be any better than the individual members who constitute the society,” he added.

Another old student of the school and a Bishop of Loyalty House International, Bishop Ishmael Fosu Sam, who launched the anniversary, said it was an opportunity for the old students association to establish fruitful and productive network among themselves and the current students.

The anniversary, which will begin on August 6, this year, will have activities such as radio talk shows about the school’s history, challenges, success stories and the transitions along the way.

Also featured in the activities would be a quiz competition, a gospel musical concert, an exhibition and a bonfire to be spiced up by a brass band display.
Bishop Sam encouraged the past students of the school to join hands in making the anniversary a memorable one.