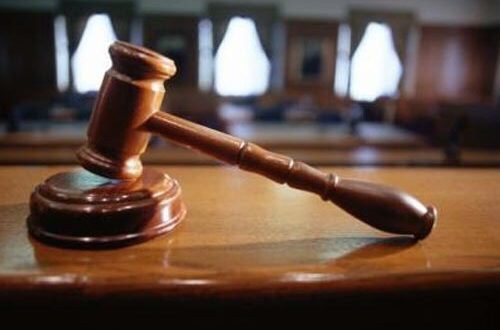 80
SHARES
447
VIEWS
Share on FacebookShare on TwitterShare on WhatsApp

A convicted Gauteng serial rapist has been handed eight life sentences and a further 223 years for raping 10 women.

The Gauteng High Court in Johannesburg sentenced Thokozani Jiyane, nicknamed the Facebook rapist, on Thursday for the series of rapes in Boksburg between December 2019 and February 2020.

The 23-year-old was found guilty of 17 counts of rape, 10 counts of robbery with aggravating circumstances, two counts of kidnapping and assault with intent to do grievous bodily harm and three counts of fraud.“[Jiyane] lured his victims on Facebook after pretending to be in the film industry and offering jobs to unsuspecting women. He promised his victims work in the industry, while he promised that others would promote his clothing label,” said police spokesperson Colonel Noxolo Kweza.

The women travelled from Middelburg in Mpumalanga, Hammanskraal, KwaMhlanga, Soweto, Vosloorus and Westonaria.

“As soon as his targets gave in to his entices (sic), Jiyane would inbox them on Facebook and WhatsApp and request their photos. He would later arrange a meeting with them and requested that they travel by taxi to Angelo informal settlement in Boksburg. This is where he would ambush them… and later strangle them before raping and robbing them of their belongings,” Kweza said.

The court heard that Jiyane robbed the women of their cellular phones and bank cards and later raped them. In some cases, he forced the women into oral sex.

Jiyane was arrested in the Angelo informal settlement in March 2020. He was initially charged with three cases with the remainder added later, Kweza said.