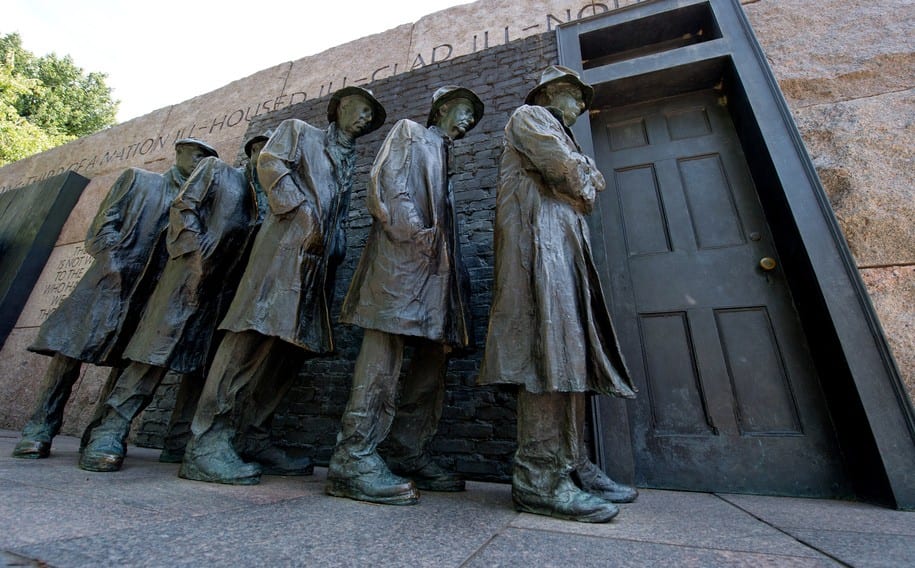 Together with EPI staffers, The Washington Post scrutinized new filings up to the week ending April 18 to examine their timing in specific industries. Since the Labor Department doesn’t tally filings for unemployment benefits by industry, the team did it for 14 states. They found the filings went through an expected trajectory, with people in full-contact industries like food service being first laid off, then manufacturing, white collar workers, and most recently public sector workers.

As usual, behind all the grim statistics are heartbreaking stories, including many from people whom we know from past experience won’t get their old jobs back, and others who won’t ever find any other job. As we saw in the aftermath of the Great Recession, all kinds of disruptions now will have residual effects later as people gobble up their savings, max out their credit cards, get evicted, delay college or other educational advances, and see earnings constrained for years to come.

While mini-president Jared Kushner suggests the economy will mostly return to normal in June and  “really be rocking” by July, implying that all the laid-off people will be back on the job by the beginning of summer, few economic analysts are so wildly optimistic.

The Congressional Budget Office projects a possible contraction of 12% in the second quarter, which ends June 30. As measured by inflation-adjusted gross domestic product, the economy shrank 4.8% in the first quarter. Gregory Daco, chief economist at Oxford Economics, predicted economic output will fall three times as much as during the Great Recession, the worst downturn since the 1930s. Said Mark Zandi, chief economist at Moody’s Analytics: “The virus has done a lot of damage to the economy, and there is just so much uncertainty now […] I would characterize this period as going through quicksand until we get a vaccine.” He believes any sustained recovery will depend on how soon a vaccine is ready, perhaps by mid-2021.

At EPI, Heidi Shierholz again points out that using seasonally adjusted unemployment benefit figures to gauge the economy distorts the situation when big changes are happening fast, as is the case now. The unadjusted figures for new benefit claims come in at 27.9 million, which would put the jobless rate at about 20.5%:

Scientists will eventually figure out how to conquer or at least constrain the virus. On the other hand, we already know how ease the pain of those being hammered by the economic lockdown. We know how to solve many of the chronic economic problems that predated the acute problems of the Great Recession and remain with us today, heightened by the impacts of the novel coronavirus. The problem comes from politicians who aren’t willing to take the necessary steps out of ideology, timidity, or stupidity.

Coronavirus: How can I help?

Anderson Cooper announces the birth of his son Wyatt: ‘Our family continues’

Anderson Cooper announces the birth of his son Wyatt: 'Our family continues'